Welcome to the Oxplore Book Club!

We're delighted to be reading Like a Charm by Elle McNicoll during the month of January. Keep scrolling to learn more about the characters and themes explored in the book. Listen to the audiobook for free, sign up for our live Q&A with Elle McNicoll and download the activity sheet to enhance your understanding further. 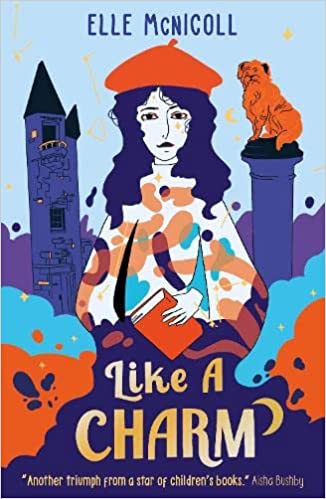 Exploring the themes in the novel

Like a Charm (2022) is a magical realist novel set in Edinburgh about a determined, intelligent and powerful girl who is misunderstood – by her parents, by her teachers and, when we first meet her, by herself. The novel explores themes such as good, evil, family, magic and identity. Elle McNicoll leads us through a classic coming-of-age story through which she reveals the importance of having faith in our convictions and our identity. 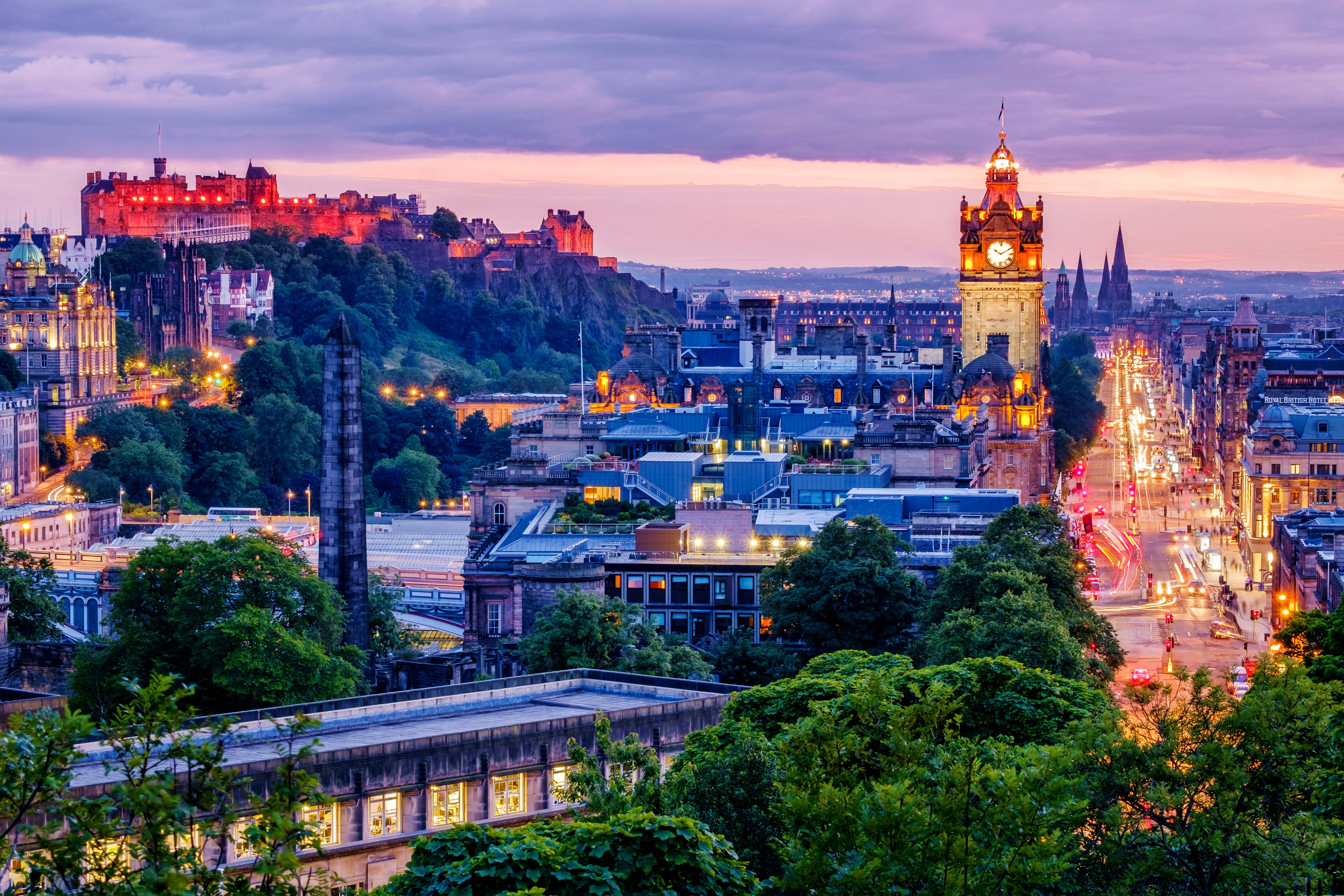 Ramya Knox has a superpower. Not only is she dyspraxic, which affects her motor skills and processing, but she is also magical![1] Misunderstood by her parents who are frustrated by her clumsiness, Ramya’s grandfather sees something special. He takes the time to treat her with kindness. He believes she is truly intelligent and has supernatural gifts. But her mother, Cassandra, seems to think otherwise and forbids her from seeing him. When he passes away, he leaves Ramya a book which is the key to unlocking her powers! She encounters Sirens, Vampires, Kelpies and other magical beings who both help and hinder her on her journey. This novel explores what it is like to be neurodivergent, the complicated relationships between family members and ultimately what it is like to discover your true self.

Elle McNicoll ominously opens the story with a short paragraph lasting only a sentence:

‘the first time I ever saw one of them was the night that I saw my grandfather for the last time.’

We don’t know who or what they are. The author’s tone gives us an indication that whoever these creatures are, they are not to be trusted. We want to know more – there will be more, this was only the ‘first’ time Ramya encounters ‘them’- but McNicoll doesn’t tell us yet. McNicoll is using foreshadowing – where an author hints at future developments while withholding information – to keep us hooked. The way that the author structures the phrase juxtaposes the idea of first and last. This hints at the relationship between ‘them’ and Ramya’s grandfather. We are immediately hooked!

McNicoll’s descriptions, particularly of the characters, are rich and vivid. Ramya is portrayed as observant and wise, but her parents and their friends are depicted as false and insincere. When describing the fickle partygoers in her house at the beginning of the novel, the author writes:

‘people would clink their classes warmly, but their eyes were cool’

McNicoll introduces Ramya’s grandfather as ‘like a fleck of gold underneath the dirt’ (p.2). This simile indicates to the reader how special he is to Ramya and, therefore, the plot. Here, McNicoll uses a technique that she interweaves throughout the novel; in her descriptions she uses juxtaposition, the pairing of contradictory terms (‘warmly, […] cool’; ‘gold underneath the dirt’). As we saw with the opening line, McNicoll’s descriptions are built upon contrasts and the relationships between them. One way to look at her use of juxtaposition is to consider it as a way of the author drawing out more vivid imagery. The other is to think of it as a way of evoking insincerity or duplicity. The world that Ramya thought that she lives in is perhaps not what it seems…

Can you try to find another example of McNicoll using juxtaposition?

Clothes are similarly important to characterisation. For example, when we first meet Aunt Opal, we are told that she had:

‘hair piled high on her head. Dark clothes and dark glasses. Everything about her is dark, apart from the gloves that she’s wearing. They’re bright turquoise. And they only cover the fingers, they don’t stretch all the way up to the wrist.’

Opal’s attire is unusual, which intrigues the reader. Its near-total darkness mimics a shadow, something intangible and something in which anything could be hiding. The reader wants to see the cause of the shadow and what might be hiding in it (peeking out with dashes of bright colour – Opal’s gloves) unmasked. What might the turquoise gloves symbolise? Hope, perhaps?

Where else does McNicoll use clothing to hint at important facets of characters? 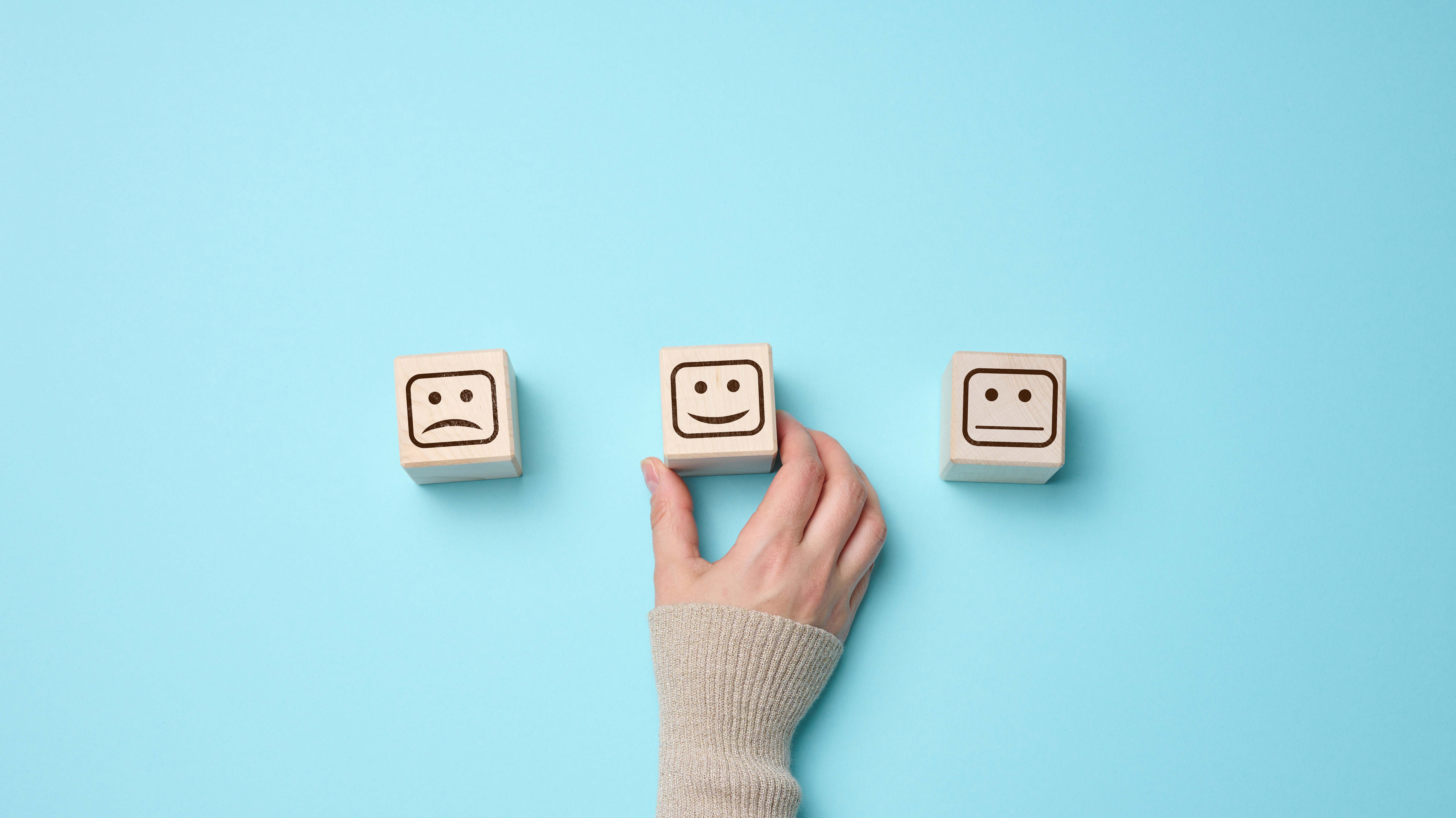 Ramya’s ability to express emotion evolves over the course of the book. She faces a multitude of difficulties throughout her journey. Initially she is frustrated by her parent’s lack of understanding. The author reveals that her grandparents were the only ones who ever told Ramya she was intelligent, and her parents just got angry at her. How do you feel towards her parents? Ramya certainly is upset by their attitude, and the attitude of her teachers and everyone else for that matter. She doesn’t like to ask for help – she expresses frustration by clenching her jaw.

On the one hand, this lends her bravery and determination as she tries to prove everyone wrong. Ramya’s emotions fuel her desire to conquer the evil forces at work. She confronts the Siren, who calls her an ‘emotionally stunted little headcase. Poor academic performer, barely able to hold a pen’ (p.255). She comes out on top partly because of her resilience and bravery, but also because what Ren says is even less true than it ever was: she can express her emotions constructively to other people. Indeed, her ability to keep Ren engaged as she verbally explores how they experience the world and relationships with people totally differently is what saves her cousin. Ramya is able to defy everyone’s expectations and save the day. By the end of the novel, she has built an emotional support system consisting of her friends and family and they are all able to process their feelings and express them in a healthier way.

By the end of the novel, Elle McNicoll gives us an explanation as to why Ramya’s mother, Cassandra, has behaved so cruelly towards her and tried to keep her from encountering magic. She had accidentally set fire to some school toilets and Aunt Opal took the blame. She reveals that:

We understand why her mother behaved with so much fear towards magic and in the end, we have sympathy for her. It becomes clear that Cassandra has not kept Ramya from the magical world due to intrinsic evil, rather a desire to keep her daughter safe, and to an extent, her own fears. It’s never the facts of her own story or her fears which cause her and Ramya to be emotionally distant. Instead, it is the secrecy which surrounds the past and the fears of the present. As soon as emotions are confronted and shared without recrimination or fear, we (the readers) are left with a sense of relief as the whole family are reconciled. Hopefully it means they’re ready to take on the sirens in the sequel, which comes out in Spring 2023.

What do you think? Does Like a Charm remind you of other books, films or tv shows that explore similar themes?

[1] For more information on dyspraxia see the author’s note about her experiences just before chapter 1.

Find out more about Elle McNicoll in the short biography below! 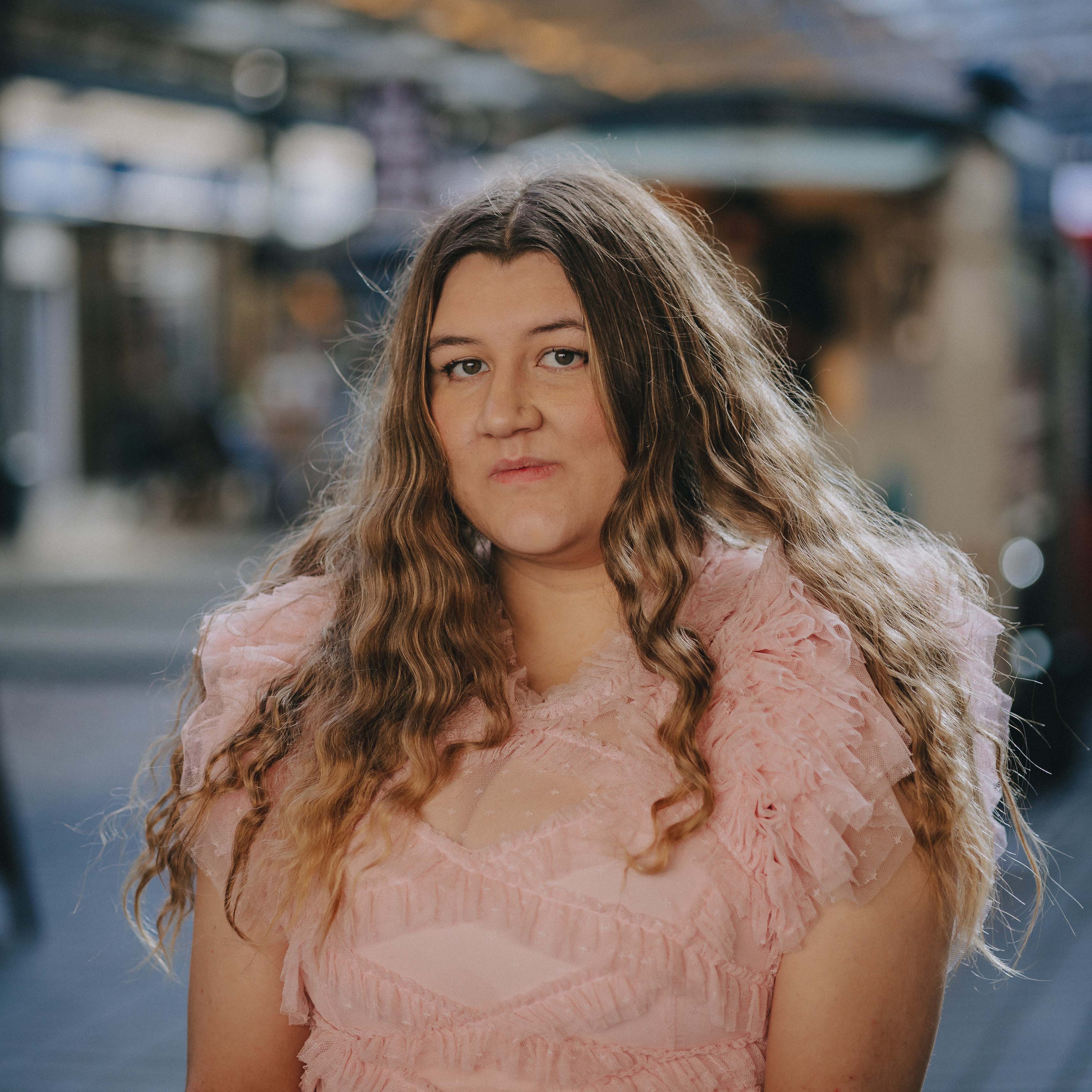 Elle McNicoll was born in Edinburgh, Scotland. As a child, she found school unwelcoming – her peers were loud in class and called her ‘weird’ outside it. Her teachers criticised her for her handwriting and chastised her as a ‘loner’. Meanwhile, she sought solace in the school library, becoming a voracious reader. During this time two things became apparent to her: she was diagnosed with autism and dyspraxia; and very few people wanted to talk about autism or dyspraxia. This observation was backed up by the lack of autistic characters in the books she read. When there were autistic characters, they were presented as dangerous or burdens, to be cured, saved or loved despite their autism. On the vanishingly rare occasions when autistic characters were something more, they were boys.

McNicoll began working on her first novel, A Kind of Spark, while attempting to convince publishers to sell more books with neuro-divergent characters and offering her services as a proof-reader. Knights of, a small independent publishing company in London, were the first to take her message seriously. In fact, they were so serious that they asked her to write just such a book. Up to then a passion project, two-thirds written with a protagonist not yet fully shaped, A Kind of Spark took on a life of its own. In short order, McNicoll found herself not just a published author, but a prize-winning, lauded author: among other prizes, A Kind of Spark won the Blue Peter book awards, the 2021 Waterstones Children’s Book Prize and was named Overall Book of the Year by Blackwell’s. It has since been picked up for a TV adaptation by the BBC. 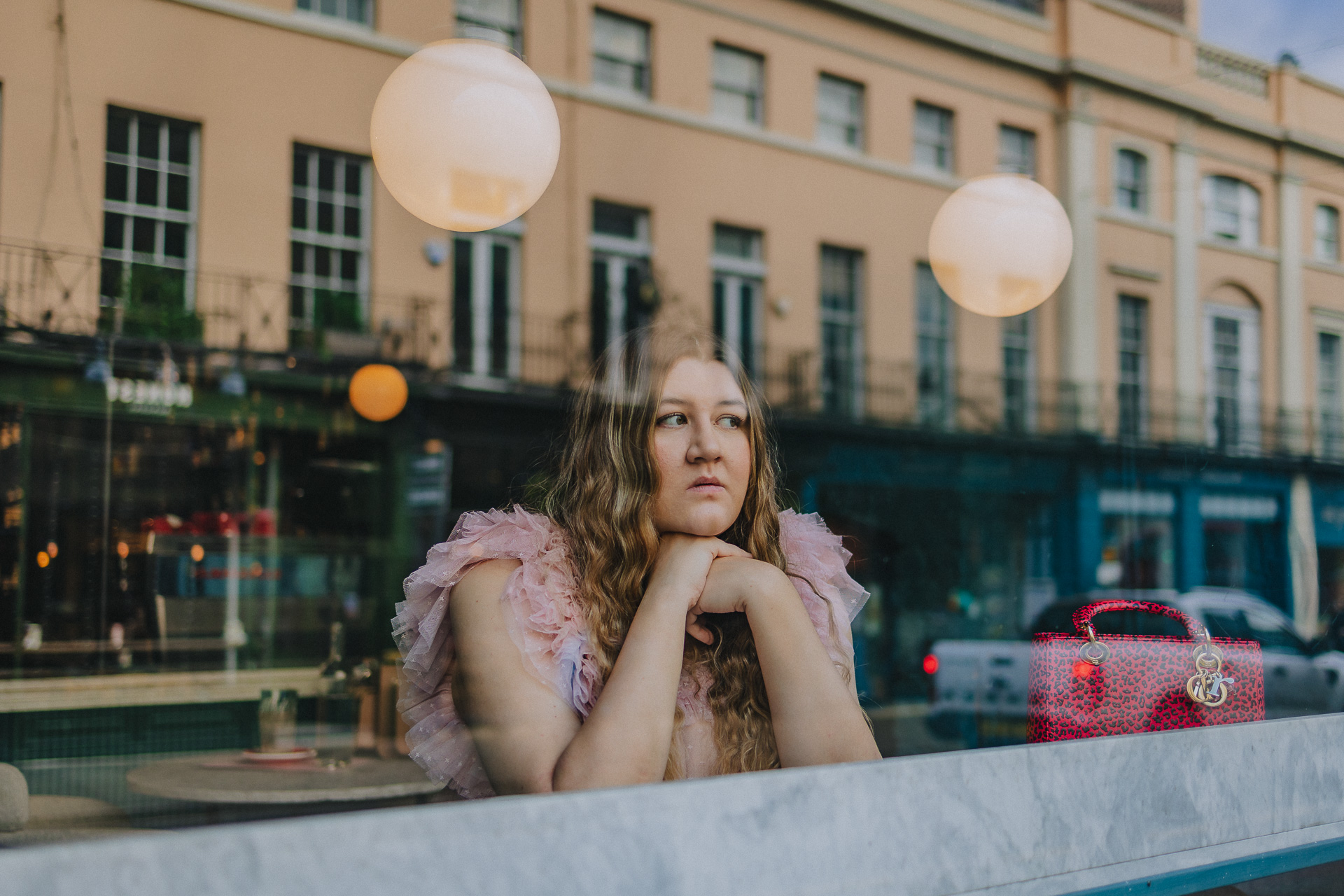 Test your Knowledge in our 'Like a Charm' themed quiz

Tell us what you think about Like a Charm and you could win a copy of A Kind of Spark by Elle McNicoll! You have until the end of January to submit your review via this form or by emailing oxplore@admin.ox.ac.uk. Our favourites will be posted below.

Are you ready | for Book Club?