Some top tips for Valentine’s day … from Medieval lovers

Dr Huw Grange, University of Oxford, explores the origins of Valentine's Day before offering some amusing gifts suggestions to help 'woo' the one you love - as suggested by figures in Medieval literature. How about a romantic wash basin for starters?! 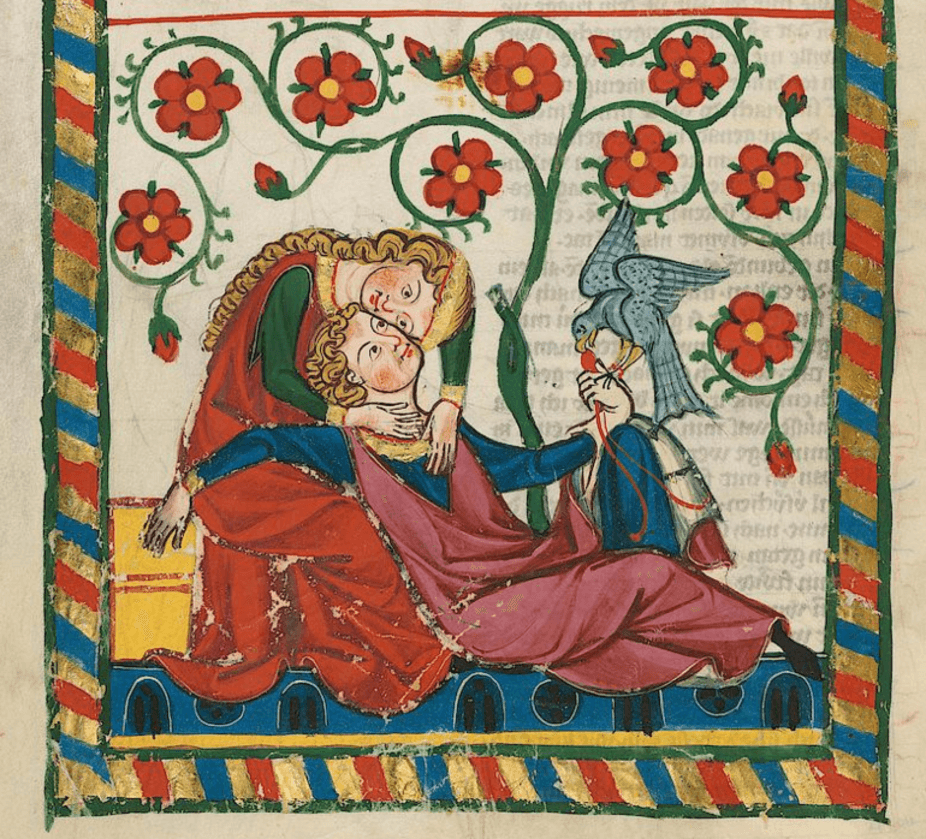 If you’d asked someone to be your Valentine before the 14th century, they’d probably have looked at you as if you were mad. And checked you weren’t holding an axe.

There were two saints by the name of Valentine who were venerated on February 14 during the Middle Ages. Both Valentines were supposedly Christian priests who fell foul of Roman officials keen on decapitation. But there’s little in the early legends of either saint to suggest a highly successful posthumous career as assistant Cupid. So I wouldn’t go to them for tips.

It was probably Geoffrey Chaucer who got the Valentine’s ball rolling. In his Parliament of Fowls, Chaucer imagined the goddess Nature pairing off all the birds for the year to come on “Seint Valentynes day”.

First up is the queenly eagle. She’s wooed at great length by noble birds-of-prey, much to the annoyance of the ducks and cuckoos and other low-ranking birds (eager to get on with getting it on):

‘Come on!’ they cried, ‘Alas, you us offend!
When will your cursed pleading have an end?’

Amid impatient squawks rivalling our very own Prime Minister’s Questions (“Kek kek! kokkow! quek quek!”), the she-eagle can’t decide which suitor most deserves her love. So she resolves to keep ’em keen till the following year.

But why on earth did Chaucer pick a date in February for his avian assembly? England’s birds aren’t exactly in full voice at this time of year, even with global warming. Perhaps he was thinking of an obscure St Valentine celebrated in Genoa in the month of May. But the Valentines fêted on February 14 were better-known, and that was the date that stuck. Of course, when it comes to matters of the heart, we can hardly expect reason to triumph.

Murky origins didn’t matter for too long, however. By the turn of the 15th century, fictional lovebirds weren’t the only ones singing their hearts out on Valentine’s Day.

According to its founding charter, a society known as the “Court of Love” was set up in France in 1400 as a distraction from a particularly nasty bout of plague. This curious document stipulates that every February 14: “when the little birds resume their sweet song” (sure about that, guys?), members should meet in Paris for a splendid supper. Male guests were to bring a love song of their own composition, to be judged by an all-female panel. More effort than Tinder demands, then. But if you want to make an effort… 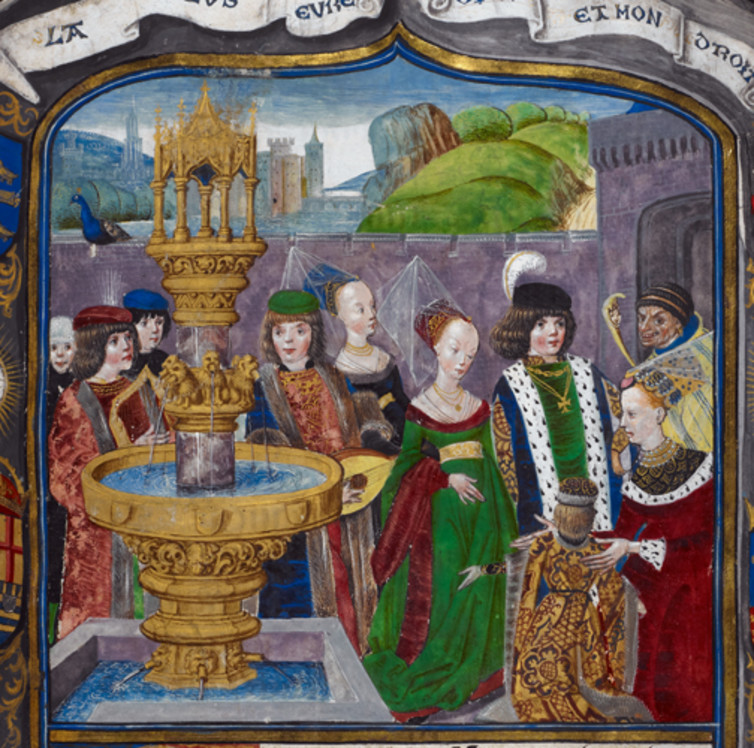 There’s no evidence that the Court of Love convened as often as planned (its charter provided for monthly meetings in addition to February 14 festivities). But nor does it seem to have been pure poetic fiction. Eventually totalling 950 or so, participants represented quite a cross-section of society, from the king of France to the petite bourgeoisie. Valentine’s Day romance was no longer just for the eagles.

Today’s February 14 love-fest, then, is perhaps the result of a group of medieval men and women making life imitate art. If so, their mimicry wasn’t necessarily naïve. By staging the most poetic of avian courtship rituals, Chaucer’s Parliament of Fowls prompts its audiences to ponder the differences between their “artistic” courtship and the birds’ “natural” one. Texts like this one helped medieval audiences understand their identities as the product of cultural artefacts. And in this regard, they can still help us today.

On a more practical note, medieval literature can be of assistance if you’re yet to find a gift for a special someone this Valentine’s Day. Forget about flashy jewellery; here are some love tokens suitable for every budget:

Top tip: provide a little literary and historical context with the above gifts and there’s even a chance your Valentine won’t look at you as if you’re holding an axe.