It’s normal for us to have crazy dreams that we just can’t explain - but what are they about? Why are we having night-time visions of flying to the shops in a leopard-print onesie? Some claim they’re your spiritual side trying to tell you something, others say they’re just nonsense, but how about this for a thought… Are our mad dreams simply our brains taking creativity to the next level, connecting things that seem to have no real connection and giving us new ways to think about stuff?

After all, that’s pretty much what creative people do. They take things that have no common ground and somehow put them together in a way that makes sense. And when you think about it that way, those first few moments when we wake up are creative gold dust - when we’re not quite awake and the vivid detail of that dream is still within our grasp! This state is known as a hypnopompic state or sleep inertia. As we become fully awake, our more rational state of full consciousness obviously has to take over so we can get to grips with our daily routine. But then we get another shot at it the next morning!

Our mad dreams might simply be our brains taking creativity to the next level, connecting things that seem to have no real connection and giving us new ways to think about stuff 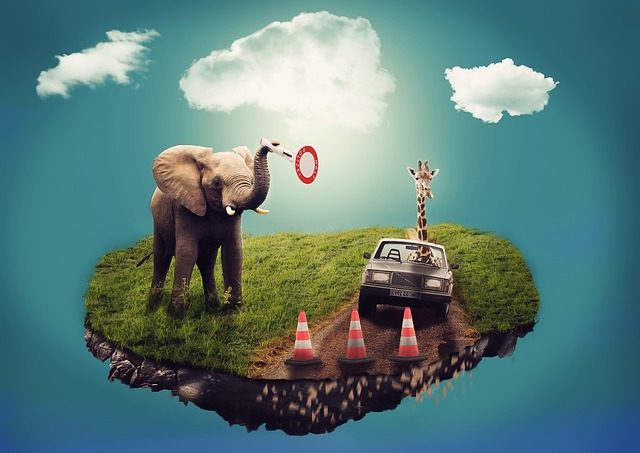 Our dreams are often weird and wonderful...

Scientific fact or a dream world?

Sleep consciousness might seem great in theory - but is it just a theory, or has it been measured? Can it even be measured? It’s true that monitoring sleep inertia and any positive effects isn’t easy, but it’s not impossible. In fact, a study at the University of California, Berkeley, goes some way to proving how sleep could give rise to unusual mental connections.

Subjects of the university experiment were given a set of patterns that had a hierarchical relationship - something like A is better than B, B is better than C and so on. They were left to figure out how that played out overall, e.g. that C is better than D, but not as good as A or B (this part is meant to mimic creativity, making connections between things). Then some of the people in the experiment were sent away to sleep for a night, while others were tested immediately. And guess what - the group that did the best at remembering was the one that was tested after a night’s sleep.

The study shows that we need time to let new learning marinate for a while, so we can truly understand it and reflect on it in different ways. This isn’t necessarily surprising. But what is surprising is that we now have proof that sleep is essential in how we make the kinds of creative connections that can lead us to a new way of thinking about things.

Sleepiness can spark off your imagination

However, there’s another school of thought that says tiredness also fuels creativity! That might seem bonkers, but a psychologist at Albion University in the US set out to prove just that. He took around 400 volunteers and identified the early birds, the night owls and those who were neither. He then gave these groups a set of analytical problems and a set of creative problem-solving tasks, making each group do exercises at their best and worst times of the day. And, against all expectations, students did better on creative tasks when they were tired!

Now that’s not to say that being permanently tired will make us all creative geniuses - just that we need to do stuff at the right times for our body clocks. It shows that we should get down to the more analytical stuff when we’re fresh as daisies, and save the more creative jobs for when we know we’re not quite firing on all cylinders. This could have an effect on school lessons too and where different subjects fit into the timetable.

Whichever way you look at it, the common ground does appear to be that a more relaxed mind is a more open mind, which can make better connections and come up with better ideas.

So the next time you wake up in the middle of the night with a brilliant but slightly random idea - make sure you write it down. Your fully awake self will thank you for it.

Is sleeping| more important |than studying?