Are friends better than morphine?

People with more friends have higher pain tolerance, Oxford University researchers have found. In this article, Katerina Johnson (Department of Psychiatry and Experimental Psychology, University of Oxford) explores whether differences in our neurobiology may help explain why some of us have larger social networks than others. 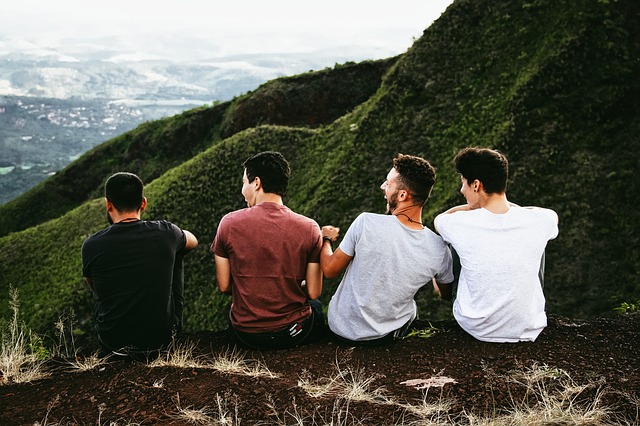 Katrina explains that 'I was particularly interested in a chemical in the brain called endorphin. Endorphins are part of our pain and pleasure circuitry – they’re our body's natural painkillers and also give us feelings of pleasure'.

Previous studies have suggested that endorphins promote social bonding in both humans and other animals. One theory, known as the brain opioid theory of social attachment, is that social interactions trigger positive emotions when endorphin binds to opioid receptors in the brain. This gives us that feel-good factor that we get from seeing our friends.

'To test this theory, we relied on the fact that endorphin has a powerful pain-killing effect - stronger even than morphine.'

The researchers, therefore, used pain tolerance as a way to assess the brain’s endorphin activity.  If the theory was correct, people with larger social networks would have higher pain tolerance, and this was what their study found.  Friendships may really help take the pain away!

Katerina commented: 'These results are also interesting because recent research suggests that the endorphin system may be disrupted in psychological disorders such as depression. This may be part of the reason why depressed people often suffer from a lack of pleasure and become socially withdrawn.'

There were also two other findings of note.  Both fitter people and those with higher reported stress levels tended to have smaller social networks.

Katerina explained: 'It may simply be a question of time – individuals that spend more time exercising have less time to see their friends.  However, there may be a more interesting explanation – since both physical and social activities promote endorphin release, perhaps some people use exercise as an alternative means to get their 'endorphin rush' rather than socialising.  The finding relating to stress may indicate that larger social networks help people to manage stress better, or it may be that stress or its causes mean people have less time for social activity, shrinking their network.

'Studies suggest that the quantity and quality of our social relationships affect our physical and mental health and may even be a factor determining how long we live.  Therefore, understanding why individuals have different social networks sizes and the possible neurobiological mechanisms involved is an important research topic.  As a species, we've evolved to thrive in a rich social environment but in this digital era, deficiencies in our social interactions may be one of the overlooked factors contributing to the declining health of our modern society.'

How the research was carried out

Participants were asked to complete a questionnaire relating to the two innermost social network layers (approximately corresponding to those individuals contacted at least once a week and once a month respectively), as well as providing information on lifestyle and personality.  They then performed a test which involved squatting against the wall with knees at a 90° angle and a straight back (the wall sit test).  They were asked to hold this position and endure the discomfort for as long as possible.  Even when allowing for differences in individual fitness, the study found that people who could endure this pain test for longer also tended to have larger social networks.