Should video games be treated like other other forms of creative arts?

The UK’s video games industry body, Tiga has called for their products to be treated like those in other creative industries such as television or film, rather than mere “software”. There is a good argument for this as researchers Ashok Ranchhod and Vanissa Wanick Vieira from the University of Southampton explain... 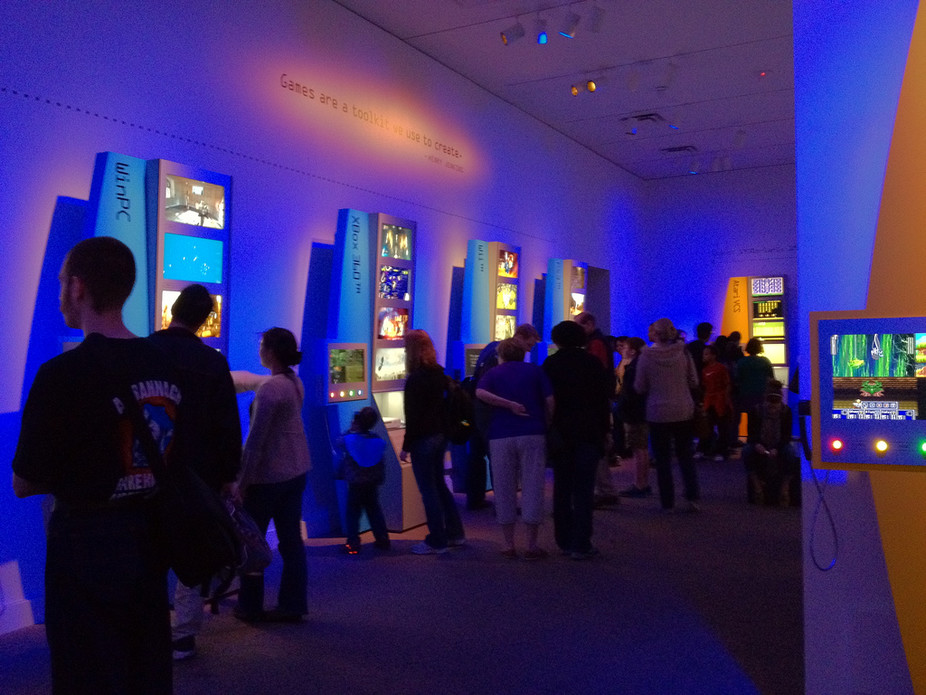 Games appear in galleries, does that make them art? blakespot via Flikr, CC BY 2.0

Games have been part of human civilisation for thousands of years. Egyptians played the board game senet 3,000 years ago, around the same time that Persians played the Royal Game of Ur with dice. Around 700AD the ancient Indian game of chatarunga developed into the modern game of chess, and India is also the origin of snakes and ladders and ludo.

These games, as much as more recent creations such as Monopoly and Scrabble, have cultural cachet, a place in our society and history. Video games have fans all over the world – for example, when two Indian brothers launched Scrabulous, a web-based Scrabble clone for Facebook, they had 600,000 daily players until Scrabble’s owners shut them down. Video games of more contemporary tastes, for example online 3D shooters such as Call of Duty, have more than 100m players.

The way to learn the rules of this game of games is to take the usual prescribed course, which requires many years; and none of the initiates could ever possibly have any interest in making these rules easier to learn.

The game, like games in general, draws upon many aspects of human culture, arts, mathematics, and music, and is capable of expressing and establishing relationships between them. A game is a means of playing with the entire range of culture in the same way that a painter might play with a palette of colours.

This gives some indication of the place games have in human societies, and why they are such an important part of our cultural heritage. The characters of James Bond or Batman are cultural heritage, and then there are 007 and Batman video games. These games are played by people of all ages, with a 48% peak between the ages of 18-49 with rest pretty evenly divided between the under 18s and over 50s, and over 40% of gamers in the US are women.

Narratives in games are increasingly important, drawing the player into a fantasy world, or a simulacra of the real world, offering avenues for learning, for fun, and understanding a given environment.

Often families and groups of friends play games together – for instance Wii Sports, which is considered a kind of social activity, shaping the way that we interact with other people. We’ve reached the moment in which we are all gamers. Games are part of our life and a common form of cultural expression.

Narratives in games are increasingly important, drawing the player into a fantasy world, or a simulacra of the real world, offering avenues for learning, for fun, and understanding a given environment.

Such games include Eufloria, which mixes strategy with relaxing music based on the idea of creating life on a planet. Proteus, is a minimalist game of pure exploration and discovery in a musical wilderness environment. It contains no challenges, tests or goals other than those the player chooses. The music engine reacts to activity in the game prompting the player to explore the environment as music.

This is story development as an imaginative art form and as mesmerising and immersive as the best novels. In fact sometimes reality and fantasy meet in the gaming world, such as Kevin Spacey playing the part of Jonathan Irons in Call of Duty – a role at least partially based on his portrayal of a ruthless senator in House of Cards.

Games can also be useful: in 2011-12, the city of San Jose, which was facing a large budget deficit, created a budget challenge game for its citizens to engage them in helping tackle the problem. Games are even changing the face of scientific research, through Fold-it, which sees members of the public asked to solve problems for science, putting many minds to work to help with breakthroughs in the lab.

Part of the creative industry

In the UK, the video games industry is a strong part of the British creative economy, contributing more than £1.7 billion annually. The growth of the industry is closely related to the opening of new development hubs and companies, with the focus on mobile games. Globally, the British market ranks 5th in terms of consumer revenues.
The centres of the UK video games industry are strongly co-located with other creative industries, especially film, TV, advertising, music and design. This shows how all the creative needs – audio, narrative writing, visual effects – can be and are integrated to great effect.

Games are cultural products – they’ve been exhibited in the Barbican in London, at MoMA in New York City, and in many other leading museums. The curator for the MoMA show, Paola Antonelli, said: “I really do believe that design is the highest form of creative expression”. We need to take that leap of imagination and approach games and the development of them as an extension of our creative industries.