The Oxford undergraduate who was 'England's first football captain'

In 2013 Oxford undergraduate, Cuthbert Ottaway (1850-1878) was commemorated by the Football Association (FA) as 'England's first football captain'. Learn more about his sporting success... 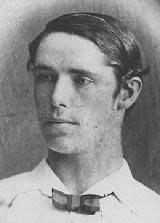 Cuthbert Ottaway (1850-1878) was in his final year studying classics at Brasenose College when he captained the England association football side against Scotland at Glasgow on 30 November 1872 in what sports historians regard as the first ever official international football fixture. The match ended in a 0-0 draw.

In the 150th anniversary year of the Football Association, in 2013, a restored memorial to Ottaway was unveiled in Paddington Old Cemetery, London, where he is buried. At the time, current England captain Steven Gerrard said: 'I never knew Cuthbert Ottaway's story before. He had the honour of being the first England captain and it is great that what he achieved is being recognised in this way.' Now, as the FIFA World Cup approaches, Ottaway has found a place in the Oxford Dictionary of National Biography (DNB).

In his own lifetime, Ottaway was better known as a cricketer, batting alongside W G Grace for the 'Gentlemen of England'. He captained Oxford University Cricket Club to victory over Cambridge University at Lord’s in 1873. 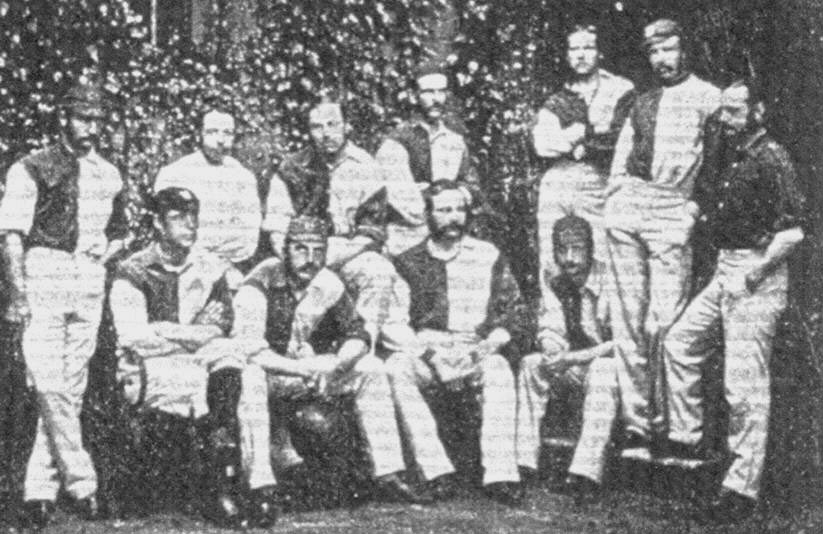 Oxford University's F.A. Cup winning side of 1874 (Ottaway sitting at the front, first on the left).

When Ottaway returned to Oxford in June 1874 to take his BA degree, there was a great ovation for him in the Sheldonian Theatre in recognition of his sporting achievements. The degree ceremony was held in the morning; that afternoon, Ottaway was back in London, where he scored a century at Lord’s for the Bar against the Army. His legal career was sadly cut short by his early death, aged only 27, in 1878.

Dr Mark Curthoys, an Oxford University historian who wrote the Oxford DNB entry for Ottaway, says: 'Ottaway was well known in his own lifetime as a sporting phenomenon, representing his university at five sports. He can now be viewed in the longer term as one of the first generation to organize and play association football on the national stage.'

The Oxford DNB is freely available through public libraries, and by remote access to public library members. It is the national record of men and women who have shaped British history and culture, worldwide, from the Romans to the 21st century. It is overseen by academic editors at Oxford University, UK, and published by Oxford University Press.