False information can be shared online to thousands of people and potentially shape their opinions. But there are many other things that can determine how someone acts. Plus can't we learn ways to spot fake news..?

What is fake news?

We often hear about ‘fake news’, whether from the media, Twitter or politicians. But what actually is it?

Fake news is used to describe untrue or exaggerated stories, often spread through social media. Although these stories usually start online, they can affect the real world. As rumours rapidly spread through Facebook etc., they are quickly picked up by the newspapers. And as shown in the examples discussed below, this can have big consequences.

Fake news is nothing new though – simply the way of sending this information has changed. Roman Emperor Octavian ran a smear campaign against Mark Anthony (a plan to ruin his reputation by spreading lies), which forced him out of the country.

And we've always had propaganda where leaders have tried to convince the public that their government is right.

The difference is that in the information age, these stories can come from anywhere.

While the information might be false, this does not reduce the impact.

The 'Pizzagate conspiracy' took place during the 2016 US presidential election. Members of Hillary Clinton’s Democratic Party were falsely claimed to have organised human trafficking in a pizza restaurant (i.e. force people to work for little or no money).

While the news started slowly, it was picked up and shared by thousands of Twitter ‘bots’. This also led to Edgar Welch opening fire in the restaurant, claiming to be investigating the crimes.

Although Clinton lost the election, we cannot say for certain that fake news was to blame. However, with some polls showing that 9% of voters believed the story, it might have had some effect.

From votes to notes

In December 2016, Italy held a referendum on whether to alter the powers of their parliament. Worryingly, of the top three referendum stories, two turned out to be completely fake! In one tale, 500,000 voting slips were apparently marked Yes before polling day. The government ended up losing the vote, and the Prime Minister lost his job.

In November 2016, India released a new 2,000-Rupee note (same as about £25). News spread rapidly over WhatsApp that the new notes contained spy technology. Although the Finance Minister rejected these allegations, they quickly spread to the newspapers. The police eventually arrested those responsible, showing that these pranks are no laughing matter.

But why does fake news spread so rapidly?

With events often reported online first, it's no surprise many of us get stories from Facebook.

In fact, a study by the Pew Research Centre found that 62% get their news from social media.

However, these sites can become ‘echo chambers’ whereby you become surrounded by only your friends who all have and share very similar opinions to you. This can lead us to believe everything that’s shared is true, like how we might trust what we see on the news and read in the papers.

False stories can be retweeted by thousands of people before counter-evidence (i.e. truthful information) starts to emerge. Since fake news is often more exciting than the facts, research shows it spreads far quicker. 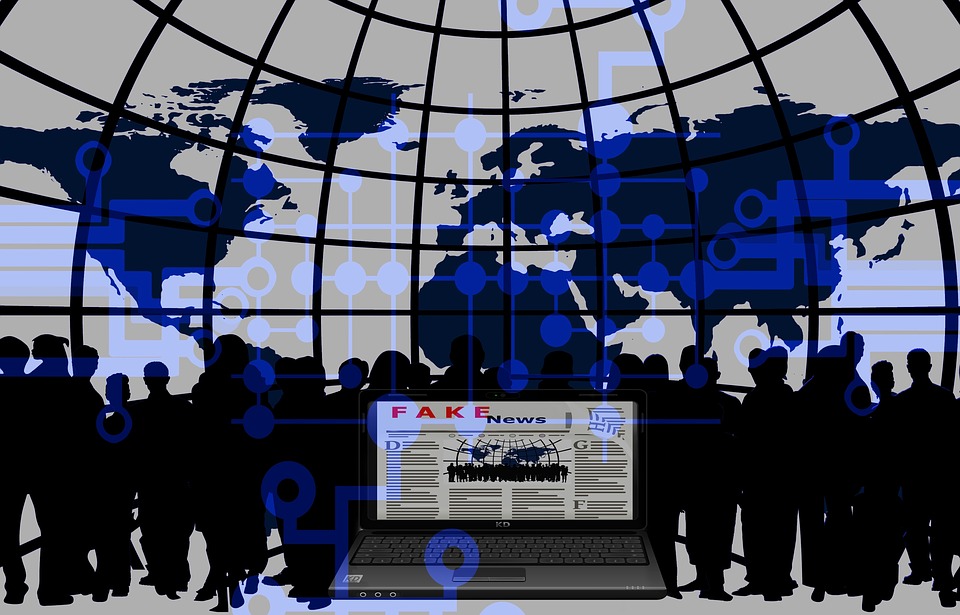 What can social media companies do?

Research from Northwestern University suggests that 30% of fake news can be traced back to Facebook. Therefore, Facebook has begun working with fact-checkers to label inaccurate stories. They have also updated their ‘Trending’ feature to promote well-supported articles.

Google were quicker to act, adding ‘Fact Check’ labels back in October 2016. They've begun grouping unlikely stories with counter-evidence, helping readers make up their own minds. As most fake news sites rely on web advertising, Google has also been dropping them from its huge advertising network.

Twitter is under great pressure, being threatened with fines up to €50m in Germany. They have reacted by temporarily closing the accounts of several right-wing activists. However, blocking fake news is not as simple as you might think.

You may have noticed that the biggest social media sites - Facebook, Twitter, Snapchat - are all from the US.

The US has a proud history of defending free speech, going back to their First Amendment. Therefore, if stories cannot be proven to be fake, sites might be criticised for censorship.

Whereas newspapers must follow set rules and guidelines, the same is not true online. Anyone, even without journalism training, can start a blog and share their opinions. Even when stories are clearly libellous (lies to damage someone’s reputation), it might be hard to find the original author. And when this author is in a foreign country, the law might be powerless to bring them to justice.

It's just not that simple to judge whether a story is true. A Google search could reveal articles both in favour and against the claims. However, just as modern technology causes the issue, it can also offer help...

A little help from Computer Science

AI can be used to learn the meaning behind data, just like when you use Siri on your phone. Google released a paper in 2015 on how to estimate the trustworthiness of websites. They proposed a model built on subject-predicate-object combinations, such as Obama-nationality-USA. Through a database of 2.8 billion combinations, they checked the accuracy of 119 million web pages.

In Machine Learning, models can be trained to identify what is true and what is false. 19-year-old Karan Singhal built a fake news detector using what is known as a neural network. These structures are modelled on the human brain, and link input characteristics to internal variables. Karan analysed factors such as the words used in a story and the site layout to determine truth with 97% accuracy.

Trustworthiness is even more important in crisis situations. Italian researchers used Machine Learning to filter online disaster reports. They first took out Twitter data and standardised the messages. They then used a technique called clustering to sort similar reports, removing those which were unsupported by other sources of information.

Through this clever process, only the most trustworthy data was kept. In the future, this could be used to help emergency workers like police, firemen and paramedics find out exactly where their help is needed.

Check out the Oxford Sparks animation below to learn more about machine learning:

Can you spot the fake news?

How false news can spread

In the past, most of our news came from several big newspapers and networks which gathered information directly. The speed that information spreads now, however, has created the ideal conditions for something called 'circular reporting'...

Several fake news websites that sprang up during the US election campaign were traced to a small city in Macedonia, where teens were promoting sensationalist stories to earn cash.

Several fake news sites that sprang up during the US election campaign were traced to a city in Macedonia, where teens were promoting sensationalist stories to earn cash.

Dr Nigel Bowles (University of Oxford) discusses the different definitions of fake news and the role false claims played in the recent US presidential campaign. Should politicians use social media to share information with the wider world?

Dr Nigel Bowles (Former Director of the Rothermere American Institute, University of Oxford) points out that it’s important to start by defining what we mean by fake news.

Are we referring to false claims made by other politicians, public officials and journalists? Or rather a strategy used by leaders to intimidate and reject information (true or not) from speakers who don’t share their political point of view?

Either way, this isn’t a new trend. If you look back as far as politics in Ancient Rome and Greece, there were cases of false claims spreading - usually in an attempt to ruin each other’s chances of gaining power and popularity.

Politicians across history have fought back at journalists and that’s how labels such as ‘the gutter press’ have come about.

Dr Bowles explains that what has changed is the way people access the news – in a shift from traditional news outlets such as newspapers and radio to online spaces such as social media platforms and news websites.

Where do you get your news?

Fake news and the US elections

During the recent campaign for US presidency, the idea of ‘fake news’ suddenly came into the spotlight.

Several cases of false claims and stories were revealed about both candidates: Donald Trump and Hillary Clinton.

It’s pretty difficult to know whether these actually affected voting behaviour and the public’s view of each of the candidates since there are so many other factors to consider (e.g. social class, age, income and background etc.).

However, Dr Bowles suggests that Donald Trump used some of these exaggerated stories to identify with his target voters, to increase their resentment and anger, and to turn those feelings into support for him. 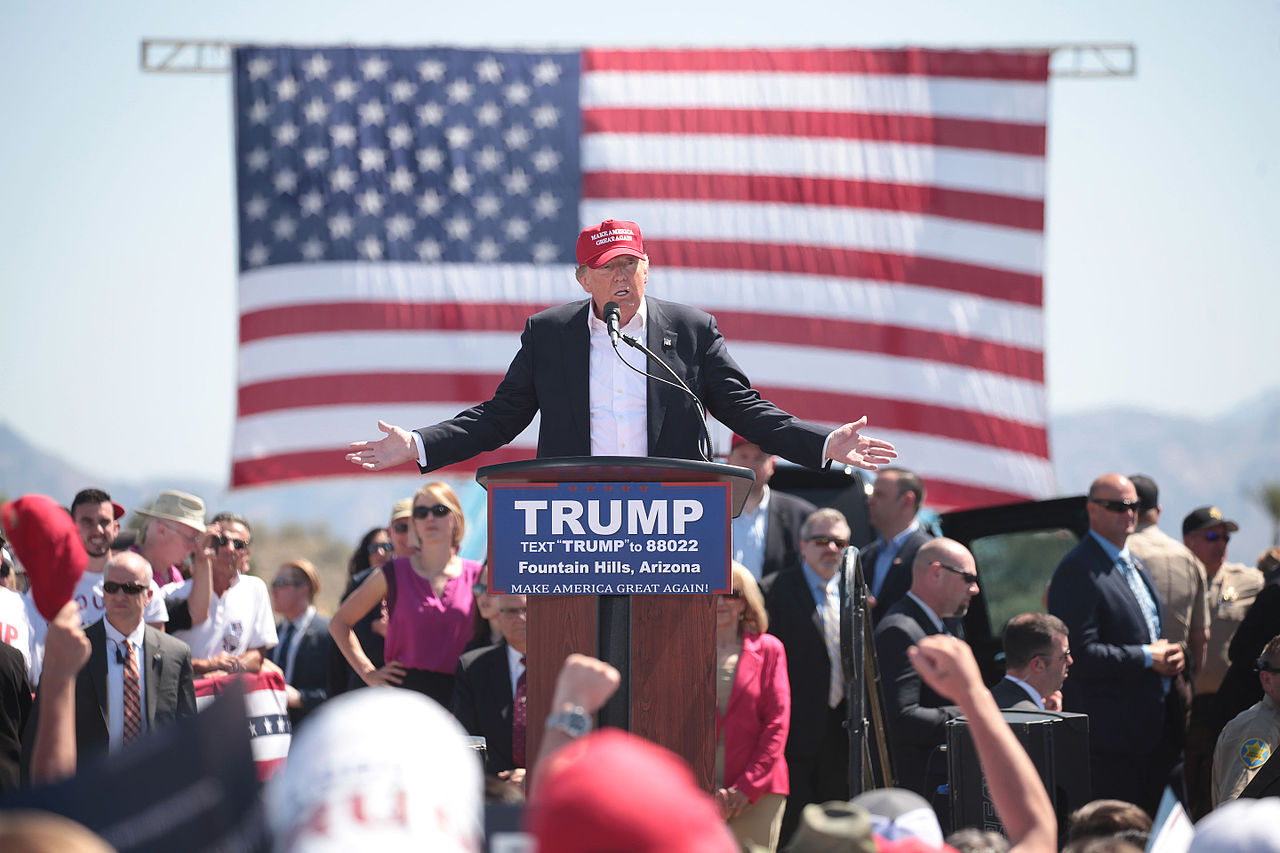 To give a brief bit of background, there has been a growing frustration in America for many years with the poorest communities getting the worst deal of all. Many semi and unskilled jobs in mining, railroads and manufacturing have been lost to technological advances and competition from companies abroad. Middle-income workers have not had a pay rise since the 1970s.

And so even when you consider the effects of inflation, the young earn less than what their grandparents were paid. In contrast, the richest 1-2% of the population have been taxed in a way that has allowed them to continue getting richer. The financial crisis of 2007-2010 has provided another damaging blow to people's hopes and expectations.

When Donald Trump took office as the 45th US president in January 2017, many foreign observers were surprised to see how a property developer and entrepreneur from Queens had managed to become one of the most powerful leaders in the world.

Dr Bowles explains that during his campaign, Trump’s tactic was often to ‘shock and promise the earth’. ’Fake news played a part by being able to put a label on his enemies’ stances (viewpoints)’.

He adds that: ‘Trump constructs a paradox- a vision of the world that doesn't always reflect reality and…the false stories were sometimes drawn upon to mobilise the angry who wanted change (i.e. to encourage them to campaign together for a shared cause).’

Many European politicians and leaders have Twitter accounts where they share updates with their followers- some have Facebook profiles too. Recent US presidents have also followed this trend. Donald Trump has over 36.5 million followers on Twitter.

But does this informal way of sharing information online create more risk than benefit?

Dr Bowles explains that ‘although it can be a way to reach new audiences… they [social media accounts] should be used with care’.

He adds that 'what is said matters...' It's crucial that 'what is said [on social media] is thought about and thought through'- considering all the possible effects and consequences a post might have. It should be an extension of the careful staff work essential for responsible leadership rather than a move away from it.

So is that 'fake news' actually fake?

With advances in new technology, there are several ways that information can be twisted. So it's important to question what we see, especially things that seem pretty unbelievable.