Is sleeping more important than studying?

Surely humans can’t function without sleep?! If you don’t get enough it affects your body, your brain and your emotions. But everyone needs different amounts - and studying is important for getting where you want to in life...

Get savvy about slumbering

What would happen to you if you didn’t sleep? Take a look at what goes on in your body and brain when you don’t catch enough ZZZzzzzz...

But studying is absolutely critical to getting good grades. Sleeping can come after - right?

But studying is absolutely critical to getting good grades.  Sleeping can come after - right?

Embarking on a nocturnal study marathon is super tempting, especially right before exams. Unfortunately, our bodies hate it and our brains rebel against it. But what exactly happens? Well, here are just a few ways in which our bodies stage their silent sleepy protest when we pull an all-nighter...

There’s a bit of our brains called the hippocampus and its job is to replay all the stuff we’ve learned while we’re awake, which makes it all seep into our long-term memory. So no zeds, no recall. Simple as that.

On top of that, sleep makes us produce a chemical compound called Adenosine Triphosphate (ATP to its friends), which serves as the primary energy currency of the cell and produces energy in whichever part of our body that it is needed. But if we don’t sleep then we don’t make ATP - and if we don’t have enough ATP, the brain, which has high energy requirements, can't function properly. Worse still, you probably won’t even be able to get yourself sorted out because you won’t realise you’re not getting enough energy - the lack of ATP also affects your prefrontal cortex, which is the bit of the brain that helps you make good decisions and generally know what’s going on.

If that wasn’t enough, your brain also starts acting drunk if you don’t sleep enough. A study at the University of Poland revealed that staying awake for 20-25 hours has about the same effect as having a blood alcohol concentration of 0.10%. This level is over the legal limit in the UK. Which basically means a fun combination of blurred vision, numbness and rubbish reflexes. Not ideal conditions for learning important stuff.

All-nighters are not the cortisol-ution

If you stay awake all night, your levels of a hormone called Cortisol go up. Cortisol’s job is to regulate lots of the things your body does, including your memory function. However, it’s also known as the stress hormone, as you make more of it when you’re anxious.  So, in the short term, it’s exactly what you’re after - a temporary increase in energy levels, better concentration and more alertness. What’s not to like? Well, the bad news is that it also causes havoc for your blood sugar levels and your blood pressure – and if you go without sleep for a long time, higher levels of Cortisol can bring a whole host of long-term bad stuff, including strokes, heart disease and depression.

While your Cortisol levels go up when you’re sleep-deprived, the number of immunity-boosting T-cells in your body go down. And to add insult to immune-system injury, we start to produce more inflammatory proteins (known to biochemists as Cytokines). Add these together and you’re a sitting duck for the common cold - and the more all-nighters you pull, the worse it gets. And one ever does their best in school lessons, essay-writing and exams when they’re sniffly and sick.

Even partial sleep deprivation causes havoc with your hormone production, and none so much as the gremlin Ghrelin which triggers hunger pangs. Your cramming craving won’t be for carrot sticks either - studies show you’re more likely to hanker after starchy high sugar and high-fat goodies. So now you’re tired, stressed, cranky, hungry, rocketing from sugar lows to highs and getting heavier and unhealthier in the process! Really not great study conditions. 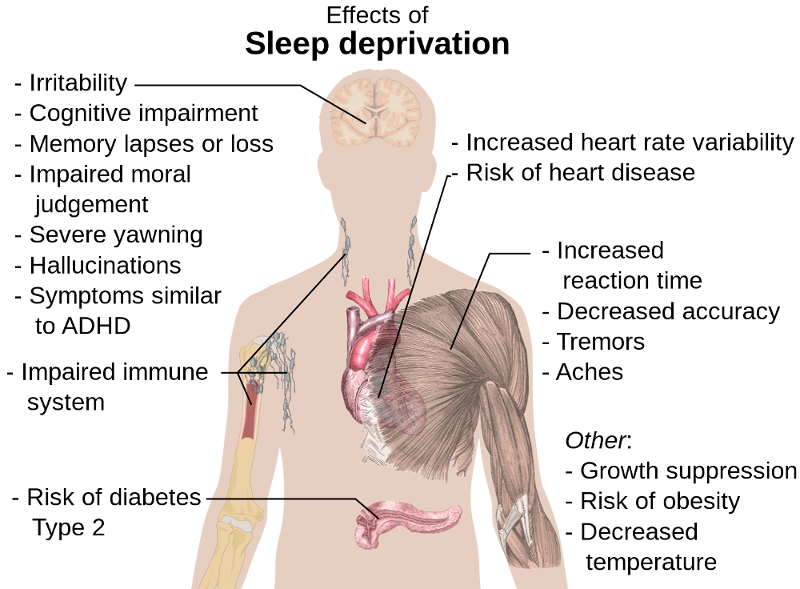 At the end of the day, sleep deprivation is a recognised method of torture! So whilst the occasional all-night study session is inevitable if you make them the rule rather than the exception it could spell disaster for your future success.

The magical power of sleep: 4 ways it helps your body

The powers of sleep

Oxford University's Teensleep Project is taking a close look at how much sleep young people should be getting and how it can affect them in school. Here they talk to a few students who go to a school with a later start time about how it's helping them in their lessons.

Like to stay up late and sleep most of the day? You’re not a vampire - you may have Delayed Sleep Phase Disorder, a condition which means your body clock doesn’t work properly.

Like to stay up late and sleep most of the day? You’re not a vampire - you may have Delayed Sleep Phase Disorder, a condition which means your body clock doesn’t work properly.

Prof. Sally Shuttleworth (English Faculty) and Prof. Russell Foster (Nuffield Department of Clinical Neurosciences) explore some of the key differences and similarities in the way that Victorian and modern researchers studied/study sleep. They consider some of their mutual concerns and attitudes, and how modern technology has enabled us to dispel some historical myths about what goes on in our brains when we enter the 'Land of Nod'.

Is sleeping more important than studying?

Is sleeping| more important |than studying?