Star Wars: escapist fantasy or dream of the future?

How we engage with scientific and technological progress has long been influenced by science fiction.

Science fiction provides a testing ground for future visions informed by areas as diverse as biological and mechanical engineering through to political, social and ethical concerns.

Such visions often combine the optimistic with the pessimistic. They draw upon the genres of utopian and dystopian storytelling that date back to Plato’s vision of Atlantis.

When the first Star Wars film was released in 1977 it was embraced as an escapist fantasy – a “space opera” offering “pure entertainment”, as George Lucas intended.

But when, The Force Awakens was released it reached a very different generation, referred to by Buzz Aldrin as #GenerationMars. A generation who are used to interactive objects speaking back at them. We are now adapting to a world where what was once considered science fiction often blurs into science fact.

The alternate reality visualised in Star Wars is now potentially much closer to home. 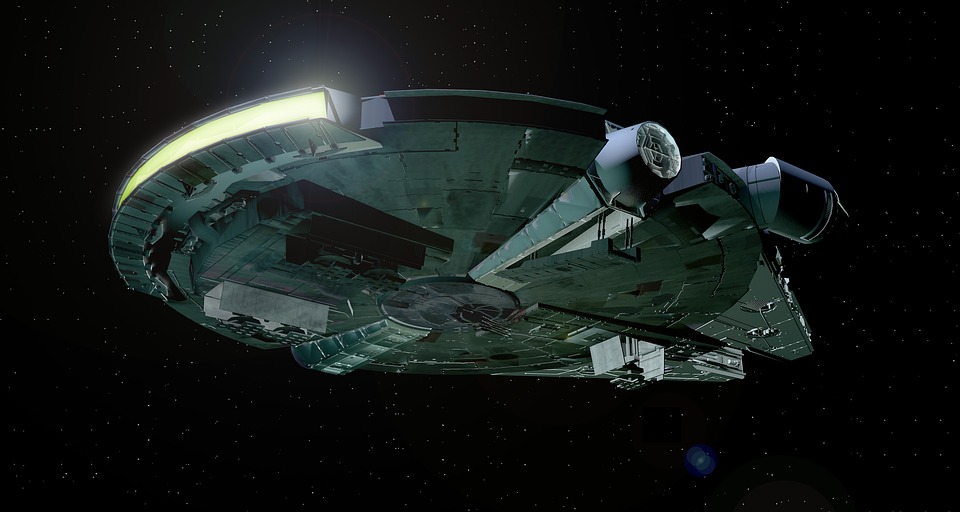 A lot has changed since the original Star Wars film in 1977; even since the last release in 2005. So when The Force Awakens presents the powerful ongoing saga of good versus evil, always hinting at a tantalising utopian future, it speaks very differently to a 21st-century audience.

And as such, the film may help confirm a revitalised faith in modernism for the 21st century.

Western culture was fuelled by a deep-set faith in science and technology to drive the human race forward. The popular visual language of sci-fi, which sees technology and science as helping to design dreamworlds (or construct self-inflicted nightmares), was also largely put in place under modernism.

But around the middle of the century, following the discovery and use of the atom bomb, that belief in overarching progress began to waiver. And culturally, modernism gave way to postmodernism and the suggestion that the human race has no idea where we are headed.

The worlds visualised by influential postmodern authors such as J G Ballard, William Burroughs, Philip K Dick, and William Gibson, to name a few, are contradictory and complex.

Futuristic films such as Bladerunner (1982), The Matrix (1999), District 9 (2009), Equilibrium (2002) and the Mad Max franchise (from 1979 onwards) depict post-apocalyptic or damaged societies where existence has been reduced to survival.

Perhaps the most haunting of these future visions is Cormac McCarthy’s The Road (2006), made into a film in 2009, with its bleak and naturalistic depiction of a familiar yet ruined world in the early 21st century.

But The Force Awakens arrives at a time when a cultural belief in “grand narrative”, driven by design innovation, appears to be re-emerging. While a secure and sustainable future for planet Earth and the human race is far from guaranteed, certain hopeful visions of the future formulated in the early 20th century are now an increasingly familiar part of the science and technology that surrounds us.

Ongoing advances in engineering and computing provide us with embedded technologies, wireless global communication, architectural marvels and skylines that look like scenes from a sci-fi movie. We have seen phenomenal developments in robotics and tentative moves towards artificial intelligence.

Biological and medical science continues to map genetic materials and has moved so far that we now debate whether certain “bionic” capabilities could and should exceed natural human limits.

The recent discovery of Kepler 452b, nicknamed “Earth 2.0”, is just one story in an ongoing stream of futuristic media reports.

We’re talking about space travel as tourism; independent wealth being thrown at finding “extra-terrestrial” life and exploring space; renewed political will for national and international space programmes; discussions and reports about life on other planets and human migration to the stars.

All of this is compounded by amazing photographic and scientific data being collated about our galaxy and what might lie beyond.

For example, the image below - taken by the Hubble space telescope in 2014 - reveals one of our most colourful views of the universe to date. Image via Wikicommons. 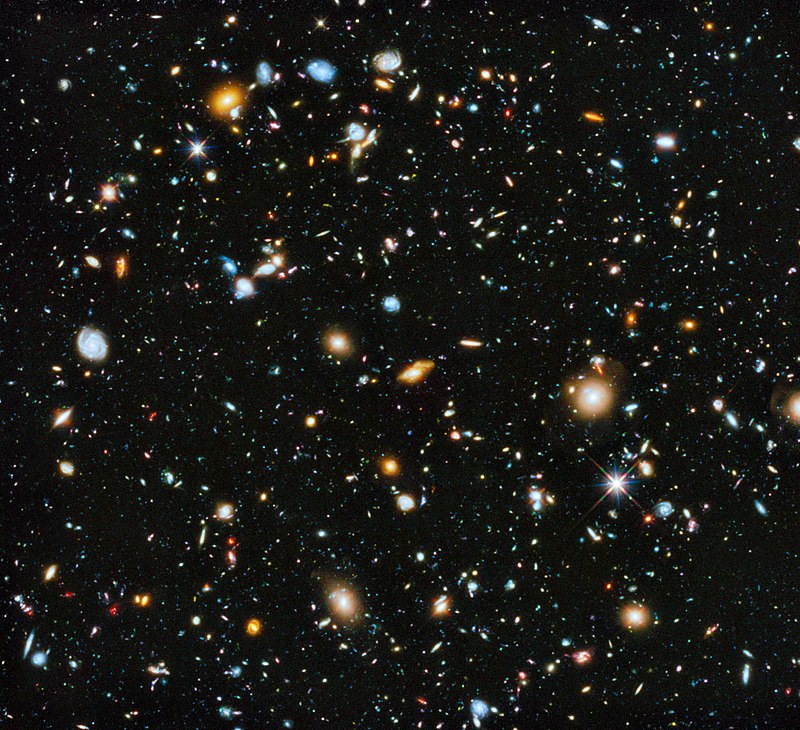 Some of the future technology seen in films such as Spielberg’s Minority Report, based on a Philip K Dick short story from 1956, already exists (interactive glass screens and display panels).

Not many actually expect to find a socialised universe of alien beings, space federations and intergalactic war zones.

Despite this, Star Wars: The Force Awakens epitomises the excitement and ambition associated with the growing potential for future space travel. The next Star Wars is going to be watched by a generation for whom space ships and lightsabers aren’t beyond imagination.

Star Wars therefore feeds into a cultural narrative about life amongst the stars and faith in human technological progress. It’s no longer simply an escapist fantasy, a dream.

But there is the dark side to consider

Offering sweeping cultural statements about the resurgence of a modernist belief in progress is a glib observation in the face of very real contemporary threats. Widespread economic and social hardships, the threat of global warming and destructive geo-political situations currently define the early 21st century.

So while a grand narrative of progress may be reasserting itself within western culture, it’s possible that this renewed hopeful vision of the future is born out of pessimism rather than optimism.

Perhaps we need this resurgent grand narrative of future survival among the stars because of a collective fear that we are destroying the planet we already have.