Public executions: the spectacle of death

It would probably come as a bit of a shock if one of your friends suggested you all get together and watch an execution. But just how different are we to the many humans that have come before us who have found public executions to be a highly entertaining and satisfying way to spend a day?

The Romans are usually the ones trotted out to give us an example of a society obsessed with public executions - and for good reason. The Flavian Amphitheatre still stands as a totem to Rome’s thirst for blood and the massive stone colosseum can seat over 80,000 spectators. It wasn’t just a small minority of citizens who enjoyed the spectacle of death - people from all classes and backgrounds came to cheer and jeer at the violence. 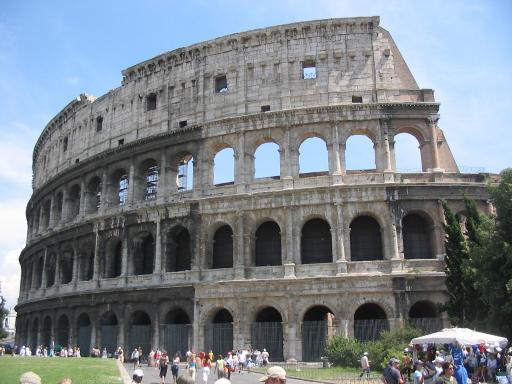 The typical ‘game’ began with prisoners being fed to various exotic beasts like lions and wolves before a mix of slaves and prisoners took to the arena to fight to the death. And the more spectacular the death, the greater the applause. Certainly, the arena served as a warning to potential law-breakers and was a useful way for Roman rulers to instil fear in their citizens and keep law and order. But first and foremost, these executions were seen as a valid form of entertainment.

And it wasn’t just the Romans. Right up until the end of the 18th century, thousands of people would flock to watch public hangings in the UK - same for other European countries. As recently as 1936 there was a public execution in the US which drew a crowd of thousands - and they paid to go in! And in countries like Afghanistan, Iran and Saudi Arabia many executions (especially death by stoning) are still carried out in public today.

So what is it about watching someone die that some humans seem to find so fascinating?

The pleasure of death

Are you secretly quite pleased when your mum gets mad with your brother or sister instead of you? Unable to quite hide your smile when the smart-arse kid in your class gets a low grade on their homework or gives the wrong answer to the teacher’s question? The Germans really have the best word for this kind of emotion - Schadenfreude. It means ‘getting pleasure from someone else’s misfortune’. It’s a mix of two words - Schaden (which means damage or harm) and Freude (joy).

Humans struggle constantly with envy - we’re always comparing ourselves to other people and feeling jealous of what they have. In the modern world, the rise of social media makes this even clearer, as we’re subjected to a constant stream of pictures from other people’s seemingly perfect lives. So when something bad happens to someone else, it helps us to feel better about ourselves. And we feel relief that their misfortune hasn’t happened to us.

So watching someone get killed certainly fits that bill - you’d be unlikely to feel envious of them, and you’d definitely feel quite relieved that it wasn’t happening to you! It might seem a bit extreme, but it’s just a natural emotion at work - Schadenfreude at its most powerful.

Schadenfreude in the modern age

Now in the West, we don’t have public executions anymore. In some countries, like the US, a small number of people can watch - usually members of the criminal’s family and the family of their victims, plus a few prison staff and media reporters. But generally, although we still sentence people to death in some places, we hide the actual moment of death away.

Yet, it seems that our blood-thirst hasn’t gone away - we’ve just developed some new ways of satisfying it. For example, 85% of video games contain some form of violence. If you’re a Call of Duty fan, you’ve enjoyed virtually killing people with a machine gun. Most modern movies contain at least one instance of death, even if it’s not violent, and many books do too. Not to mention the many stories of bloodshed brought to us every day by 24 hour global news, giving us much greater and more regular access to the spectacle of death than any Roman citizen would have experienced. 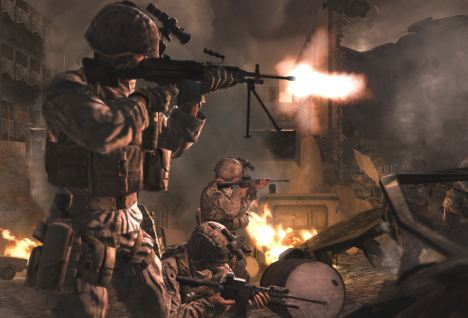 But is that necessarily a bad thing? There have actually been studies about how violence in films and computer games can sometimes have a positive effect on people’s real life behaviour - it takes any feelings of anger and aggression we might have and uses them up on watching violence unfold, rather than us taking to the streets to hurt real people.

Is our enjoyment of other people’s suffering a good impulse or a bad one? Or just neutral, a part of who we are as humans? Is our push to keep the death penalty really about justice, or does it also play a part in satisfying our bloodthirstiness? Although we no longer have a gladiator in a ring, is our need to watch others suffer in order to make sense of our own lives just as present today as it was 2,000 years ago?

Is the death penalty OK?