The magic of 'The Hobbit' lives on after 80 years. But why do so many people enjoy exploring the world of fantasy? Can virtual reality technology offer more than just a bit of fun?

What J.R.R. Tolkien gave to the fantasy genre

Dr. Stuart Lee (Faculty of English, University of Oxford) explores what inspired J.R.R. Tolkien, what makes his fantasy writing unique and why it continues to excite all ages 80 years on. 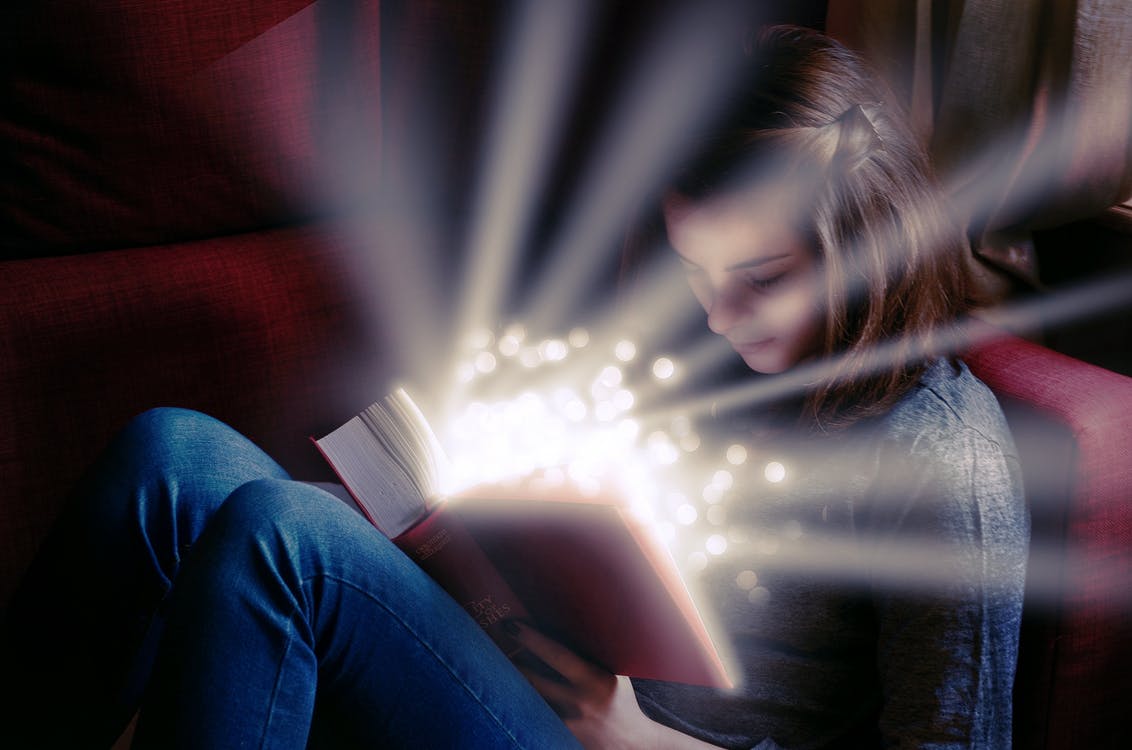 What are the key features of an effective fantasy text (and film)?

Dr. Stuart Lee explains that the widely agreed definition of a fantasy text is one which describes an imaginary world or situation that is impossible to recreate even with technological advances.

This is in contrast to a science fiction world, which, in theory, we might be able to achieve as our technology develops.

Many fantasy worlds in literature are based on medieval settings and draw upon creatures from myths and legends e.g. trolls, elves, fairies, etc.

Dr. Lee adds that some of the most effective worlds are those which are outside of a familiar setting but still have some believable features. That way, you’re more likely to be drawn into the story.

How was J.R.R Tolkien’s take on fantasy particularly unique?

J.R.R. Tolkien (1892-1973) is considered one of the world’s most famous fantasy writers but he wasn’t the first – folk tales and fairy tales go back centuries.

Dr Lee points out that what made Tolkien extraordinary was the way he took many years creating his worlds to such a high level of detail.

In some instances, he even looked back at weather records so that he could accurately recreate the type of moon on a particular night in history and describe the shadows a character would see.

Some of his works had extra materials too, such as family trees, maps etc. This suggested that Tolkien crafted his worlds in his mind first before coming up with the stories that took place within them.

What inspired Tolkien when creating the fantasy world(s) of the Hobbit and Lord of the Rings?

Dr Lee explains that there are many things that could have shaped Tolkien’s writing. For example, he would have read the classical myths and legends texts (e.g. Beowulf, Sir Gawain and the Green Knight, King Arthur) when he was growing up and later as a University lecturer at Oxford.

He was fascinated by medieval literature and ‘wanted to create a mythology to explore everything he came across and answer questions from the past’.

Plus, from a young age he enjoyed inventing new words. For Lord of the Rings, he created several made-up languages for the elves to speak. Some such as Quenya and Sindarin have since been developed extensively by fan communities.

It may be possible that events in Tolkien’s life, such as the terrible things he witnessed in the First World War, inspired his writing too - though this is much debated. 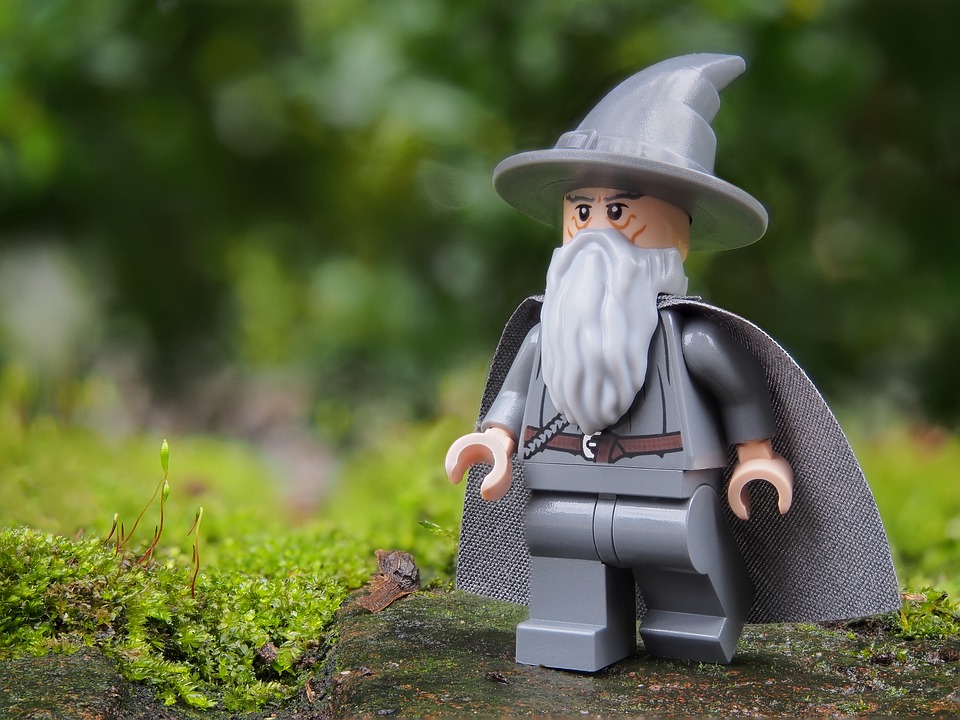 Why does Tolkien’s work continue to excite audiences today… 80 years on?

Dr Lee suggests that ‘although the Hobbit and Lord of the Ring films gave Tolkien’s work a boost, they're simply good stories. Good fun and entertaining. They have a quest plot-line which is an age-old technique that appeals to us all (i.e. where a character goes on a challenging journey towards some kind of goal)’.

‘And they’re timeless. They don’t date and can be enjoyed by different generations and ages. For example, the Hobbit is aimed at children and effectively deals with dark matters in a comical way’.

‘Likewise, the Lord of the Rings was successful and a big part of this was that it brought back the fantasy genre to adults. It was no longer just something that children read and enjoyed.’

Lastly, Dr Lee adds that: ‘his work deals with key issues that will always be important and of interest e.g. power, good vs. evil and death.’

What do you think? Are you a fan of Tolkien's books?

To hear more about how Tolkien's stories and worlds live on, take a look at the talk by Dr Lee below:

How to build a fantastical world

Why are fantasy works like 'Lord of the Rings' and 'Harry Potter' so interesting and engaging? Author, Kate Messner offers a few tricks on how to create a world worth exploring in your own words.

What is virtual reality and can it help us?

Virtual reality (VR) is a 3D computer-generated environment that can be explored and interacted with by a person. Researchers at the University of Oxford have found that VR technology can help people face their fears and treat mental health conditions like severe paranoia...

About 1-2% of the population has severe paranoia as part of mental health disorders such as schizophrenia. Patients show extreme mistrust of other people, believing that others are deliberately trying to harm them. The condition can be so bad that sufferers may be unable to leave the house.

Coping mechanisms such as avoiding social situations, reducing eye contact or making any social interaction as short as possible worsen the situation since they reinforce paranoid fears. Patients come to believe that they avoided harm because they used these 'defence behaviours'.

The research team, led by Professor Daniel Freeman from Oxford University’s Department of Psychiatry, wanted to test whether patients could 're-learn' that a situation was safe by experiencing situations they feared without using their defence behaviours.

But being in a situation they fear is very difficult for many patients since it causes terrible anxiety (worry). To overcome this challenge the team used virtual reality to recreate social situations which patients found frightening.

Thirty patients attending treatment services at Oxford Health NHS Foundation Trust took part in the study. All the patients went into virtual reality simulations with increasing numbers of computer characters ('avatars') – seeing many people at the same time would normally make these patients quite anxious. But participants were told that by staying in the situations, they would relearn that they were safe. A train ride and a lift scene were used. 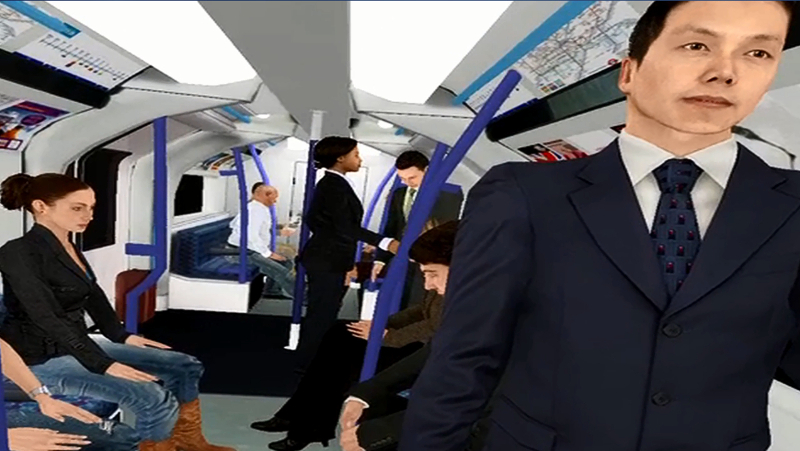 The patients were randomly given different instructions on how to deal with these situations in virtual reality. One group was encouraged to use their normal defence behaviours. They were told that it would work a bit like getting into cold water, that when you first get in it feels uncomfortable, but after a while, you get used to it, as long as you stay in.

The other patients were encouraged to drop their defences and try to fully learn that they were safe by approaching the computer characters and looking at them – holding long stares or standing toe-to-toe with avatars.

The patients who fully tested out their fears in virtual reality by lowering their defences showed noticeable reductions in their paranoid delusions. After the virtual reality therapy session, over 50% of these patients no longer had severe paranoia at the end of the testing day.

There were even benefits for those who confronted situations they feared in virtual reality while still using their defences: around 20% of this group no longer having severe paranoia at the end of the testing day.

Patients who fully tested out their fears in virtual reality were later much less distressed even when in a real world situation, such as going to the local shop. Further research is needed to see if the benefits are maintained beyond the testing day.

Professor Freeman said: 'Paranoia all too often leads to isolation, unhappiness, and profound distress. But the exceptionally positive immediate results for the patients in this study show a new route forward in treatment. In just a thirty minute session, those who used the right psychological techniques showed major reductions in paranoia'.

'It’s not easy work for patients since lowering defences takes courage. But as they relearned that being around other people was safe we saw their paranoia begin to melt away. They were then able to go into real social situations and cope far better. This has the potential to change people's lives.'

Patients who fully tested out their fears in virtual reality were later much less distressed even when in a real world situation, such as going to the local shop.

Professor David Clark, a member of the study team, said: 'There is growing evidence that psychological treatments can have a major beneficial impact on the lives of people suffering from psychosis. Virtual reality assisted treatment has great potential because, as the price of the equipment makes it more accessible, much treatment could be delivered in people’s homes.'

Dr Kathryn Adcock, Head of Neurosciences and Mental Health at the Medical Research Council, said: 'Virtual reality is proving extremely effective in the assessment and treatment of mental health problems. This study shows the potential of its application to a major psychiatric problem. There is a lot of work to do be done in testing the approach in treating delusions but this study shows a new way forward.'

Virtual reality has been used to treat a number of psychological disorders. It has several major advantages over exposing patients to a real-life situation. Peoples’ minds and bodies react as they would in the real world but, because the patients know the situation is artificial, they are much more confident about trying out different psychological techniques. They can gradually build up the difficulty level of the situations so that learning can be made at a manageable pace.

Other uses for VR

You can read the original article on the University of Oxford's News page.

Online gaming platform, Steam has over 125 million active, registered users. That's almost the size of the population of Japan!

5 reasons why we enjoy gaming

How can new fictional experiences change your understanding of real, everyday life? From 'Pride and Prejudice' to 'Harry Potter', the video below discusses how popular fiction can spark public debate and shape our culture.