Legal rights for the church of the Jedi

Russell Sandberg, a professor of law from Cardiff University, looks at the legal arguments for recognising ‘Jediism’ as a religion. 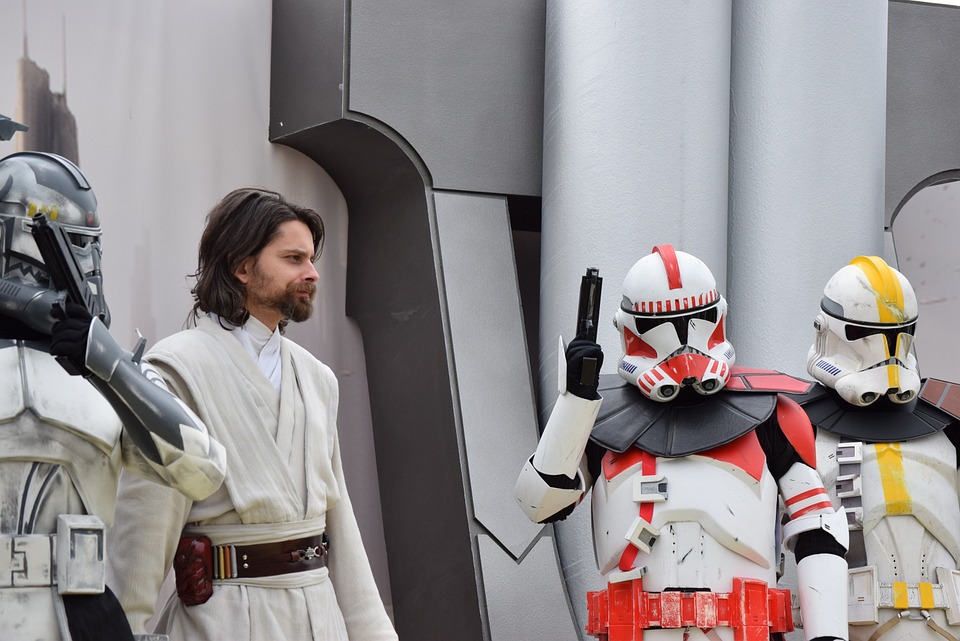 Jediism is not a religion – or at least so says the Charity Commission. The body which decides whether an organisation can be registered as a charity in England and Wales has rejected an application by the Temple of the Jedi Order (TOTJO).

What seemingly started as a joke, has now attracted 177,000 followers in the UK – making it the seventh most popular religion. It draws on the mythology of the Star Wars films but “does not base its focus on myth and fiction, but on the real life issues and philosophies that are at the source of myth”.

By applying for charity status, TOTJO sought to advance the religion of Jediism. Though its followers may argue that the commission’s lack of faith is disturbing, there is actually a long and complex case law on the definition of religion.

The Charity Commission’s rejection of the TOTJO’s application was the first major decision on what “religion” means since the Supreme Court’s in the case of Hodkin. This 2013 judgment ruled that a Church of Scientology chapel could be registered as a place of religious worship for the solemnisation of marriage. Previously the commission had held that the Church of Scientology was not a religion for the purposes of charity law.

This latest decision on Jediism has been the Charity Commission’s first opportunity to show how Hodkin has affected its understanding of the definition of religion. Unfortunately, in deciding not to give the TOTJO charity status, it has made three missteps that are likely to lead to a more conservative and confused approach to the future legal definition of religion.

The commission relied upon the Hodkin decision to make a distinction between the secular and non-secular, stating that to be a religion there needs to be a “belief in one or more gods or spiritual or non-secular principles or things”. Excluding secular belief systems from the definition of religion made sense in the Hodkin case because there are other legal provisions that allow for secular wedding services on approved premises. However, there is no argument for making a distinction between secular and non-secular beliefs for the purposes of charity law.

Under the Charities Act 2011 religions which do not involve belief in a god can be charitable. Yet, the Jediism decision now means that beliefs like atheism or humanism would not be charitable, since they lack the “necessary spiritual or non-secular element”.

Hmm, contradictory this is. So religions that do not involve belief in a god will only be religions if they are spiritual and non-secular? But what of beliefs like paganism and witchcraft, or ecological and ideological movements? Followers would probably have a very different opinion whether they are spiritual or not.

The commission continued to restate its long held assertion that a belief must be “expressed by worship”, and adopted a narrow view of what “worship” means. Curiously in this part of its decision, the commission did not mention Hodkin. If it had turned to Hodkin for advice, it would have found that the Supreme Court held that the definition of worship should be considered separately to the definition of religion, and that a wide approach to defining what worship is should be taken.

Going against the Supreme Court, the commission said that evidence of meditation and sermons, and transcripts of live services did not constitute worship. Oddly, it weighed its decision heavily on two factors: the fact that the TOTJO is an entirely web-based organisation, and “that Jediism may be adopted as a lifestyle choice as opposed to a religion”.

This conservative approach rejects the possibility that religious activity can occur online, and polices a rigid and artificial line between religion and “lifestyle choices”. Looking at this distinction alone, it seems like anyone could potentially just arbitrarily decide what is and isn’t a religion, despite the evidence.

The commission also stated that religions need to have a degree of cogency, cohesion, seriousness and importance – a requirement adopted from the European Court of Human Rights (ECHR) case law, which was not discussed in Hodkin.

However, the commission has introduced a number of new requirements in addition to the ECHR’s, which suggest it was assuming a Western institutionalised understanding of what a religion is.

It spoke of the need for religions to be “distinct”. Given that religions have historically developed from one another and have many beliefs in common, this is a tough requirement. Furthermore, it looked for “evidence of an objective understanding of Jediism”, and held that Jediism was a “loose framework of ideas with some common ground which individuals may interpret as they see fit”. It is accepted in English law that individuals will make different interpretations of their faith from their co-religionists, but the commission has overlooked this.

The Charity Commission took the view that we should not recognise everything that chooses to call itself a “religion” as a religion. This has long been the position of English law, but it requires a line to be drawn between what is protected and what is not. The commission has essentially made a number of conservative and arbitrary assumptions about religion in drawing that line, ultimately meaning that Jediism has been left out in the cold – without even a Tauntaun to keep it warm.

So should Jediism be regarded as a religion? That’s a question on which different people may reach opposite conclusions. But it is important that the law is made clear. This decision will lead to further confusion, not just for the TOTJO but for others, too.

Perhaps a future case will give us a new hope.