Has grime music become a voice for the voiceless?

Dr Spencer Swain (York St John University) considers the origins and popularity of grime music and how it might link to the symbol of ‘Broken Britain’.

Grime music may be one of the most maligned modern musical genres. In Britain, many in political circles and wider society view it as a front for criminal behaviour involving gang violence or drug dealing. Others point to what they see as gratuitous denigration of women. While certain artists do conform to, or at least play up to, this image, others provide a voice for little-heard and disenfranchised communities in a way that can help highlight the issues of inequality and social exclusion they face.

Grime first emerged as a musical genre in Bow, in London’s East End, where young artists led by the likes of Wiley and Dizzee Rascal began to experiment by infusing the beats of garage and house with rapped vocals. This quickly found a home within inner-city estates of London and other major UK cities, where growing numbers of pirate radio stations and raves included grime music among their diet of garage, hip-hop and jungle.

However criticism soon followed, particularly within political circles. Here, many on the political right began to link grime music with the spike in anti-social behaviour that swept Britain in the mid-2000s. This caused the genre to become closely linked to the concept of “Broken Britain” expressed in right-wing media.

This led to a moral panic emerging around grime and other music of black origin popular in cities – particularly the association with violence. For example, grime was implicated in the gang feud that resulted in the murders of Charlene Ellis and Leticia Shakespeare, who were gunned down in Birmingham over New Years’ Eve celebrations in January 2003. The roots of this incident lay in a clash between two rival gangs over the lyrics used by an MC (rapper) at the party to mock a fatal stabbing that had occurred earlier in the city.

The fall-out saw grime stigmatised and held as a symbol of a wide range of illicit leisure activities and deviant behaviour – something sometimes referred to as “dark leisure”. Among the consequences was that grime events, and by extension music events featuring music of black origin, became more strictly policed. In London, the Metropolitan Police’s Form 696 was explicitly targeted at music venues and promoters that attracted grime audiences.

However, in spite of the negative attention directed towards grime, the genre continues to provide a prominent voice of hope to those who feel that the political classes have forgotten about them. It’s important to recognise how grime artists have played a significant role in sticking up for inner-city communities, particularly within highly charged media debates about inequality and racism.

In this climate of political activism, artists such as Akala and Stormzy have played a pivotal role in providing a voice. For example, highlighting the poor treatment of victims of the Grenfell Tower fire disaster through appearances on current affairs programmes and at public events such as the 2018 Brit Awards.

Similarly, the artist JME has provided a platform for political debate by partaking in a YouTube interview with Labour party leader Jeremy Corbyn to discuss issues relating to social exclusion and deprivation. Both highlight the role grime music plays as a catalyst to spark discussions of important political issues. 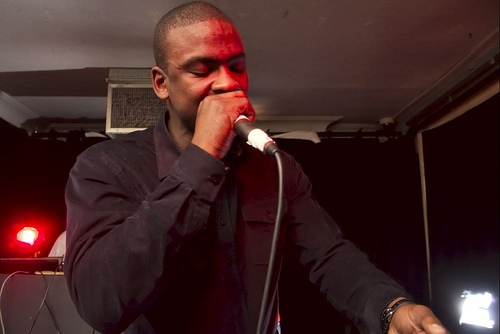 Grime artist Skepta, whose winning the Mercury Prize over David Bowie was another step in grime’s march toward the mainstream. Blue37, CC BY-SA

Not for the first time

In its cultural origins and political associations there are similarities between grime and the emergence of hip-hop in the 1980s. Rap groups such as NWA and Public Enemy provided a sounding board for the anger and distrust felt by Afro-Americans in the US brought about by the discrimination faced by black communities. This social commentary continued into the 1990s as artists such as Ice-T and Tupac rapped about police brutality, drug epidemics and political corruption.

In a similar manner to grime, the critical social commentary offered by hip-hop was glossed over by political elites. This was achieved by demonising such music as a symbol of “dark leisure” and so associating it with illicit activities, through emphasising to the wider population the negative images put forward by certain artists, for example the tendency to focus on sex, violence and money.

Grime and hip-hop are two separate musical genres with origins on different sides of the Atlantic many decades apart. However they share a similarity in terms of their capacity to offer critical social commentary and a voice for disenfranchised. Also similar are the tactics used by the authorities to paint grime artists and their fans as deviant in the minds of the wider population. The consequence is that, while grime has struggled to achieve mainstream popularity over 15 years, many of the artists are held as important voices to those whose lives they represent, even as they remain unknown or are considered dangerous by the society that keeps them on its periphery.

Could we | end poverty?