Dig deeper with a student... 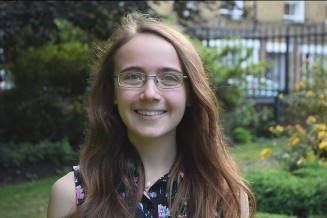 Literature can be the key to understanding an experience which is different from your own. That is what I love about studying English - the fact that every book you open takes you into someone else’s world. And simply understanding someone else can be the first step towards recognising the inequalities that still exist in today’s world.

English Language and Literature at Oxford is incredibly broad - you cover texts written in English from 650 to the present day by the end of the three years. There   is no typical day for an English student, as there is a different combination of independent work time, lectures, classes and tutorials each day. Each term, we cover a different period, and classes (just the seven English students at my college and our tutor) are usually based around a theme within that period - for example, education in Victorian literature. We then write an essay based on that theme and have a tutorial in small groups of two or three where we can discuss each other’s essays and the ideas more deeply.

Whilst this is a lot of work, there is still plenty of time for fun! I like to work earlier in the day, so my evenings are usually free to watch TV with friends or take advantage of all that Oxford has to offer (and there is a lot!).

I’m not sure what I want to do when I finish my degree, but I do know that I want to help alleviate inequality. Studying English has shown me that words are a powerful tool in doing this, so I intend to use my writing, and my voice, to speak up for others.

If you're interested in learning more about English Language and Literature, Charlotte recommends...

A slightly less well-known Brontë novel, but one of my favourite books I’ve studied this year. Villette tells the story of Lucy Snowe, who leaves her home in England to teach at a girls’ boarding school in Belgium. It deals with the inequalities women faced in the teaching profession in the Victorian period as well as the added difficulties of learning and studying in a different country to the one where you were born.

Though written in French, Entre Les Murs can still qualify for this reading list — the Oxford English course allows you to study some texts in translation as well as texts originally written in English. The novel is fictional, but is based on the author’s real experience of working in a school in Paris. It focuses on a white middle-class teacher trying to engage and earn the trust of students from very different backgrounds. It shows that teachers and students alike make mistakes — but that they can have a real impact on each other’s lives even so.

A hugely influential feminist essay, A Room of One’s Own is based on lectures Woolf gave to female students at Girton College, Cambridge. Woolf considers the poor education women had had throughout history in comparison to men. She suggests that women were just as capable of producing incredible writing like Shakespeare’s — they just hadn’t been able to go to school to learn how.
What goes on in teachers’ brains as they help students to learn

Is school | the best place to learn?