Should I give up my bacon roll?

It was a bad day in 2016 for meat eaters when the news broke, with The Sun opting for the headline 'Banger out of order – sausages and bacon top cancer list'.

Dr. Rogers, Director of Statistical Consultancy at Oxford and a member of the Department of Statistics, says: 'You wouldn't believe how many maths teachers have said to me that bacon is banned in their house because of this 18% increase in bowel cancer. People just aren’t eating it anymore. I get so many people say to me, "Do I actually have to be worried?"'

So where did it all start?

The worries stemmed from a report released by the World Health Organization. Last year, bacon made its way on to a list that also includes arsenic, asbestos, alcohol, and tobacco because scientists found a 'statistically significant' increased risk of getting bowel cancer.

Dr. Rogers says: 'All "statistical significance" does is tell us whether or not something is a risk. It doesn’t really tell us anything about what that risk is – how big it is or how it affects us. There were lots of headlines saying that because bacon is on the same list as smoking that bacon and smoking were now just as risky as each other in causing cancer. And that is not true.'

Mass-produced factory bacon is made by injecting salt water and chemicals, including nitrates, into pork belly before it's cured.

So let's compare the risks...

'Now compare that to what we get for bacon. Bowel cancer affects just over 6% of the population. So for every 400 people, you'd expect about 24 people to get bowel cancer anyway. Eating 50g of bacon every day increases this risk by 18%, which means if you were to take 400 people all who ate bacon every day, you would now expect 28 of those to get bowel cancer – an increase of four people in every 400, compared with 92 in 400 for smoking.

'So even though they both may cause cancer, to say they are both as risky as each other is probably pushing it a little too far.'

We should also note, says Dr. Rogers, that people who eat lots of processed meat are perhaps less likely to live healthy lifestyles in general, which may contribute to the increased risk of bowel cancer. That's one of the problems with drawing conclusions from observational studies, as opposed to strictly controlled clinical trials, she adds. 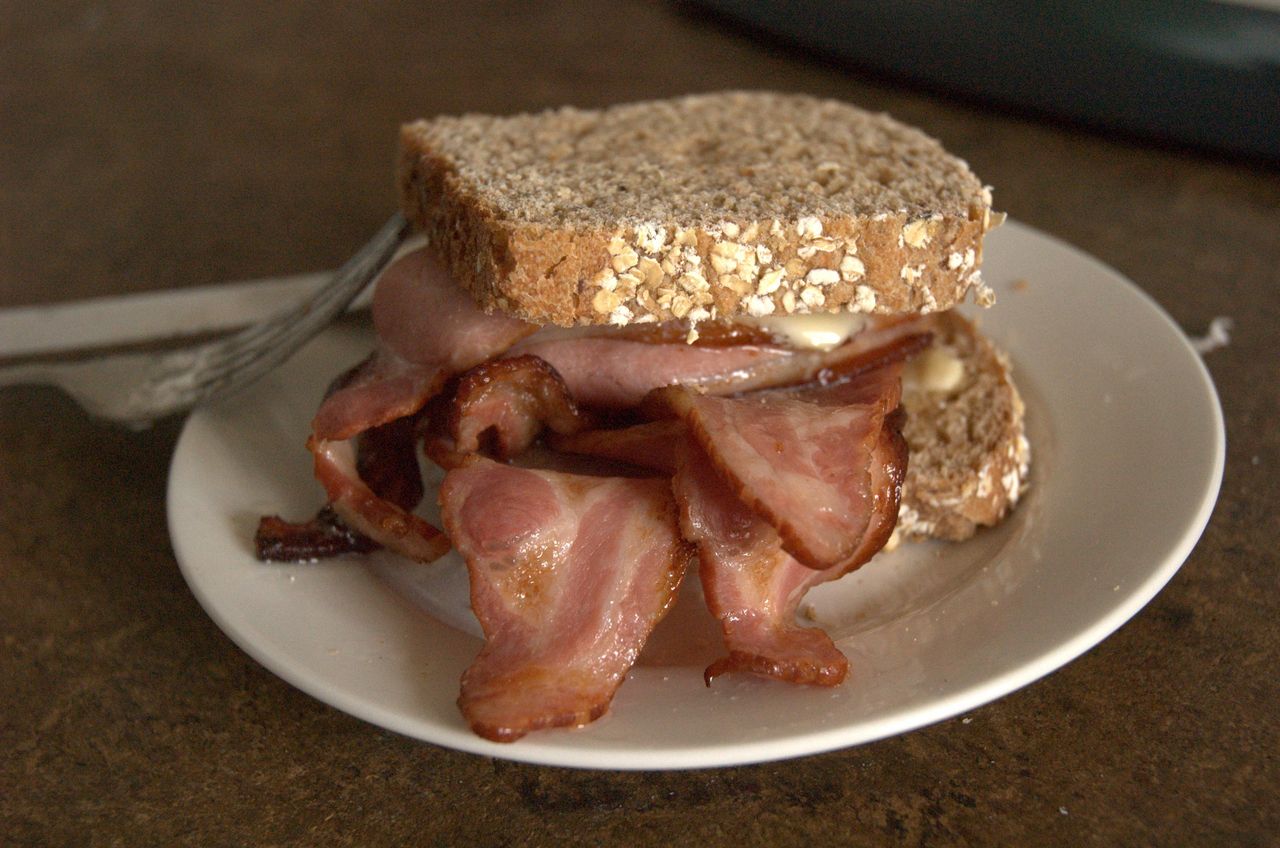 While the WHO report did cause bacon sales to suffer a short-term hit, things seem to have recovered since the more measured reality around the initially startling headlines came to light.

Dr. Rogers, who has her bacon sandwiches with red sauce, no butter, and toasted bread, concludes: 'I think that sometimes numbers and percentages can be hard to get our heads around and it's easier just to say, "I'm not going to eat bacon."

'I was recently asked to comment on something else that had been added to the "gives you cancer" list – drinking really hot drinks. This time around, the newspapers were contacting statisticians before they wrote their headlines and articles because they'd learned a lesson from the bacon story.

'It turned out that you needed to be drinking really extreme temperatures of mate tea in South America – not the temperatures that we have our hot drinks at.

'It would have been really easy for the newspapers to say that drinking hot drinks gives you cancer – and that would have caused an uproar.'