The rebellious royalist women of the English Revolution

From defending a besieged castle to spying for an exiled king, a research project at Oxford is discovering the untold story of female activism during the British Civil Wars...

It wasn't easy to be born female in the early modern period. The ideology of the era held that women should be controlled by their father or their husband, and that the ideal woman was obedient and quiet, concerned chiefly with domestic matters and the rearing of children.

But don't be fooled by the dominant narrative, says Dr Emma Turnbull, lecturer at Jesus College, Oxford. When you look more closely at actual women's lives, it's clear the picture is far more complicated.

As part of a Knowledge Exchange Fellowship with The Oxford Research Centre in the Humanities (TORCH), Emma has been working with the National Trust to take a closer look at the stories of some of the fascinating women associated with their properties. Focusing on the English Civil War and Interregnum period (1640-1660), she has been examining how some women were able to break out of the confining boundaries of their society's gender roles in this era of huge social upheaval.

Take Lady Mary Bankes, who defended Corfe Castle (pictured below) against the first of two Parliamentarian sieges, beginning in May 1643. Along with her maidservants and a small group of soldiers, she personally patrolled the battlements, heaving rocks and hot embers over the walls. She died in 1661, and a memorial plaque in the church where she was buried commemorates her 'courage and constancy above her sex'.

Then there was Katherine Murray, mistress of Ham House. Left behind when her husband, William Murray, a close personal friend of Charles I, went away with him to war, she was forced to rely on her wits to preserve the family property in Richmond, right beside the heart of Parliamentarian power in London.

Or her daughter, Elizabeth Murray (pictured below), who took over the property after her parents' deaths. In the period of Cromwell's rule she became a kind of double agent, joining the secret royalist organisation the Sealed Knot to work towards the restoration of the monarchy, while also keeping the company of Cromwell. Later, along with her second husband, she would become one of Charles II's most trusted advisers. 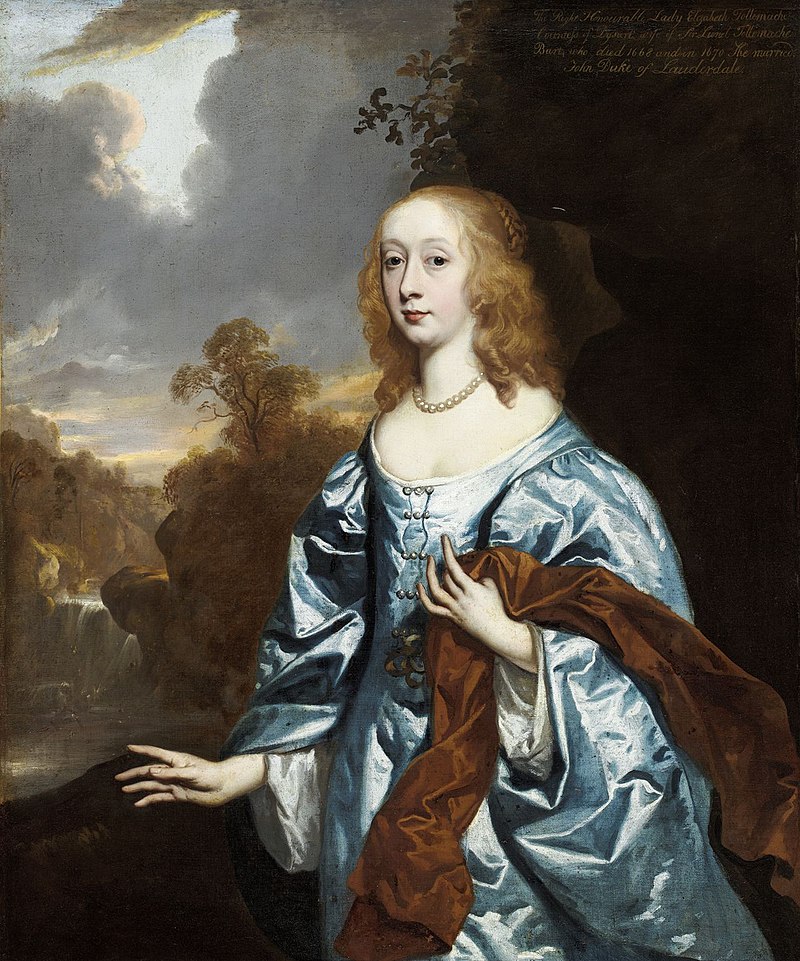 What is particularly fascinating about all of these stories, according to Dr Turnbull, is how all of these women used and manipulated traditional notions of femininity to serve their own ends. This is something that has often been missed in traditional accounts of these women, which take their outward affirmation of conventional gender roles at face value.

Katherine Murray and Elizabeth Bankes, for example, claimed they were only safeguarding their children's or their husband's rights when they were defending their property. Although Elizabeth Murray was suspected several times of being a double agent, she was never intercepted. 'What she intends I have not learnt', Sir Richard Browne, Charles II's agent in Paris, reported in the autumn of 1656. Elizabeth thus skilfully exploited the inability of male agents, on both sides, to decode her political motives.

'Focusing on them as mothers or as wives or as domestic beings doesn't really do justice to the level of their engagement and activity. Often they represented themselves in a way that has led us to undermine them. And we've kind of fallen for that,' says Dr Turnbull.

It is also important to recognise that these women were a part of a wider female culture. For example, Elizabeth's later political manoeuvring would not have been possible without the example of her mother. 'It's clear that Elizabeth was learning her craft from her mother. There's a sense of continuity between strong women in the family.'

Dr Turnbull has also drawn parallels between a miniature of Katherine Murray, painted by John Hoskins in 1638 and kept at Ham House, and similar portraits of Charles I's Catholic wife, Henrietta Maria. The fact that Katherine should choose to present herself in an analogous way to the queen, despite their different faiths, suggests that there was a distinct feminine culture at court that bound women together across divisions of religion and politics.

Dr Turnbull hopes that this fresh perspective will inform how this period is presented at heritage properties in the future. Her work has already contributed to a new 'Object in Focus' tour at Ham House, telling Katherine Murray's story through her portrait miniature.

'So often women in the early modern period are presented, in heritage properties, as domestic beings,' she says. But what I wanted to emphasise in this project is that, in spite of the formal and informal barriers to their activities, women had a stake in the political conflict. Elite women, like Katherine Murray and Mary Bankes, were moving around the country, they were visible, and they had a role in protecting themselves and their property.'

To read the original article on the Arts blog.