And the longest living vertebrate on the planet is...

It's recently been revealed that the Greenland Shark has the longest life expectancy of all vertebrates. This article explores ground-breaking research by an international team of scientists led by the University of Copenhagen and including the University of Oxford. 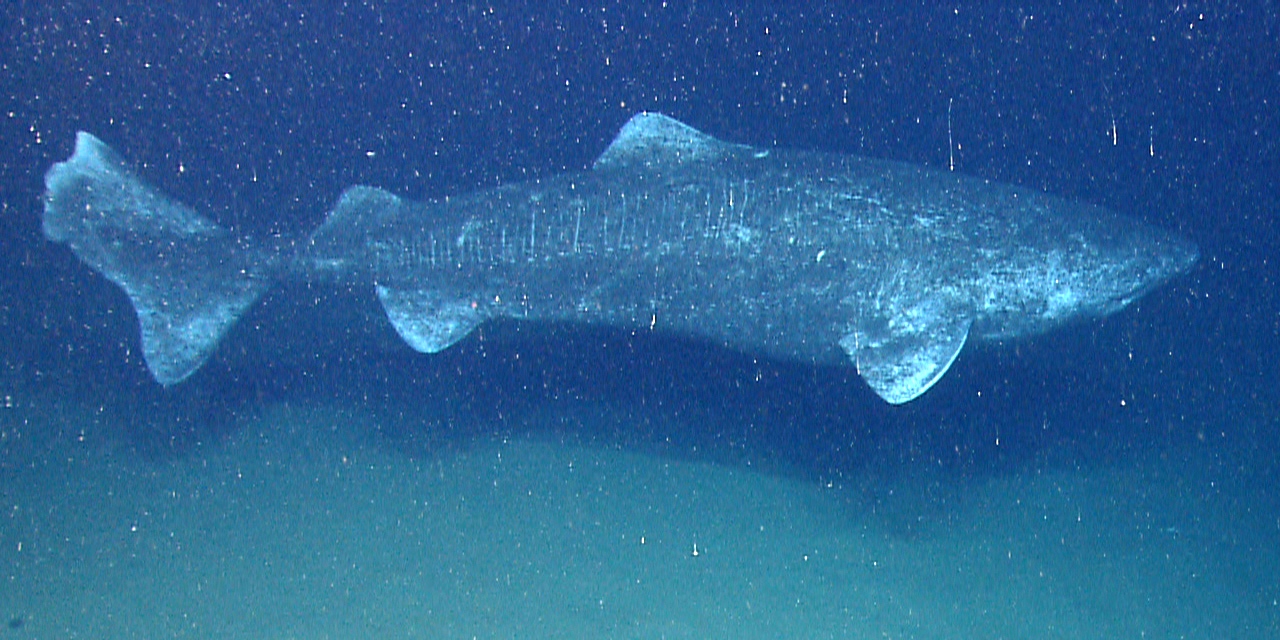 The researchers in this study found that the Greenland shark has a life expectancy of at least 272 years. This discovery shows it is the longest living vertebrate known to science, exceeding even bowhead whales, turtles and tortoises.

While the Greenland shark is among the world’s largest carnivore sharks, with adults reaching more than five metres in length, the animal’s general biology is ‘poorly understood’ by scientists.

The longevity of the Greenland shark has been a particular mystery for marine biologists for decades. Traditionally, the age of sharks and rays is determined by counting the seasonally deposited growth layers in hard calcified structures such as fin spines. However, such techniques cannot be applied to the Greenland shark because it lacks such ‘hard’ structures.

To solve this mystery of the Greenland shark’s life span, the research team analysed the eye lens nucleus of 28 female sharks sampled as accidental by-catch during the Greenland Institute of Natural Resources’ annual fish and shrimp surveys. The centre of the shark’s eye lens nucleus is composed of metabolically inactive tissue which does not change significantly from the time of their birth. Therefore, its chemical composition can be used to reveal the age of the shark.

The researchers measured radiocarbon content of the lenses from which they could estimate age by matching and calibrating the data using chronologies and calibration curves representing temporal radiocarbon changes in the marine food web in the northern North Atlantic over the past 500 years.

Scientists have used tissues from the eye lens nucleus in previous research to estimate the age of whales, but this is the first time that scientists have applied a radiocarbon approach on eye lenses to date the longevity of a fish.

Julius Nielsen, of the University of Copenhagen and Greenland Institute of Natural Resources, carried out the research also with UiT the Arctic University of Norway, and Aarhus University. He says: ‘We used established radiocarbon methods but combined them in a new way. This approach, along with the extraordinary ages for these sharks, makes this study highly unusual.’

Study co-author Christopher Bronk Ramsey, Professor of Archaeological Science at the University of Oxford and an expert in radiocarbon dating, worked on the statistical aspect of the study. ‘We had to take into account the complexity of the oceans and the growth patterns of the sharks when interpreting the data from this project,’ he explains. ‘Without the advances in statistical analysis made in recent years, it would not have been possible to demonstrate the extraordinary longevity of this species.’

Julius Nielsen comments: ‘Greenland sharks are among the largest carnivorous sharks on the planet, and their role as an apex predator in the Arctic ecosystem is totally overlooked. By the thousands, they accidentally end up as by-catch across the North Atlantic, and I hope that our studies can help to bring a greater focus on the Greenland shark in the future.’

You can read the original article on the University of Oxford's news blog.