Would you want to live forever?

Can scientists help us stay younger for longer?

This article explores the biology of ageing and the possibilities scientists have been researching in the quest for humans to have longer, healthier lives.

It happens to all of us, and it starts the moment we're conceived. We all age, some faster, some slower. But what actually is ageing? On a cellular level, it's the death of senescent (old) cells. But what makes a cell old and what determines its lifespan?

In your youth, new cells are constantly forming so that you can grow bigger and develop. But once you reach adulthood, you don’t need loads of new cells, so your body slows down a bit and only replaces the ones that have died.

The growth and replacement is achieved by a process called mitosis, where a cell divides into two identical cells. Here's a short animation to show what happens:

The thing is, cells can’t keep dividing forever. We know that a piece of DNA on the end of each chromosome (called a telomere) gets shorter each time the cell divides. Young cells have long telomeres and old cells have short telomeres. Once the telomeres are too short, the cell stops dividing and commits suicide in an orderly way (this is called 'apoptosis'). A person dies when too many cells are dead or sick.

But does the only signal for a cell to die come from the telomeres? Or is there more to it than that?

There are a few theories about why we age.

One is to do with mutations (changes) in our DNA. These happen as a result of mistakes when our DNA is copied or due to environmental factors such as exposure to ultra-violet light from the sun. Mutations in our DNA also mean mutations in our proteins. When this happens, a cell stops working properly.

Another theory is the free radical theory. Toxins such as tobacco smoke, pollution, poisons, and even the chemical processes that happen in your cells (such as processing sugar), cause molecules called free radicals to damage DNA and other parts of the cell. If the cell can’t convert enough of the free radicals into safe molecules quickly enough then damage occurs and the cell will commit suicide. Or it may become a cancer or another type of diseased cell.

So, ageing is basically the loss of function of cells, or more cells dying than are replaced.

Another important issue to consider is how our immune systems are affected by ageing.

As we grow older, we're less able to fight off illness since our immune system weakens over time. On top of this, our body's response to inflame (swell, become irritated and redden etc.) is triggered more easily. This is known as 'inflamm-aging' - a term introduced by Prof. Claudio Franschechi (University of Bologna) in 2000.

And so in a kind of vicious circle, we're less able to protect ourselves from infection at the same time as our bodies being more sensitive to any changes it experiences.

Scientists are continuing to research into this complex process to improve our understanding of it.

How to prevent ageing

So are there ways for us to prevent ageing? Well, increased sanitation (i.e. access to cleaner water and toilet facilities), better medicines and better food have already increased human lifespan in some countries by about 50% in the past hundred years or so.

But for many people, the last few years of life are filled with health problems. So how can we grow older but stay healthy for longer too? Are there any therapies in the pipeline?

There are a few things we can do to slow down the ageing of our cells. The first is to do with nutrition.

To avoid free radicals causing increased damage to your cells, it's best to aim for a balanced, healthy diet. Taking regular exercise, and avoiding illegal drugs and cigarettes helps too.

In particular, studies have shown the benefits of the 'Mediterranean diet' which includes lots of fruit, vegetables, olive oil, nuts, beans and cereal grains, some fish, and eating less meat.

As the name suggests, this diet originates from countries bordering the Mediterranean Sea such as Italy, Greece and Spain. A 2013 study found that people following a Mediterranean diet had a 30% lower risk of heart disease and stroke. A 2021 review also concluded that the 'Mediterranean diet' may have positive effects on ageing and in turn, help us live longer but there was still more to learn.

Scientists have done tests on mice to see if they can find ways to make them live longer, and one way was to reduce the amount of food the mice ate.

They reduced the mice’s calories by 40%. This doubled their lifespan. They thought that this may be due to the lowered metabolism of the mice, which would make fewer free radicals.

However, this method of increasing lifespan for humans has not been researched much, not least because it would be a very long-term study, and the people in the study would have to be hungry for about 40 years!

Gene therapy is when faulty or missing genes are replaced.

Gene therapy for ageing is not a common procedure, but one biotech company boss, Elizabeth Parrish underwent gene therapy to lengthen her telomeres (source). The same biotech company claimed that Parrish's telomeres of her leucocytes (white blood cells) grew by an equivalent of 20 years of extra life.

But this treatment is very controversial and has been criticised. This is because although some studies in mice have suggested that increasing telomere length may increase their lifespan and delay diseases like cancer, it’s uncertain what would happen in humans. More research is needed, and some scientists have warned that reducing ageing - a highly complex process - to a single phenomenon (i.e. telomere length) is unhelpful and potentially unsafe if acted upon without better scientific understanding (source).

Likewise, several start-up companies have emerged in America with the aim of discovering the possibilities of tackling age-related diseases by injecting ageing people with the plasma (the part without the red blood cells) from young people’s blood (source). This comes after some studies in mice have showed that older mice appeared rejuvenated after this treatment.

There's still much to learn and although such gene therapies seek to pause time, time is what's needed to gain further knowledge.

When stem cells, which are responsible for creating new cells, get old, the organism loses the ability to regenerate and repair tissues properly.

Stem cell therapy is when stem cells are used to regenerate and repair tissues and organs in the body, but there is not a lot of evidence to prove that this can prevent ageing. Also, there is the risk that stem cells can go out of control and cause cancer.

And secondly, some people believe that ageing is “natural”, so we shouldn’t try to stay young forever!

A couple of drugs have been tested for their effects on longevity. These are called: resveratrol and rapamycin.

Resveratrol, found in vegetables and wine, targets cancer and other diseases of old age, and mice have lived longer in some studies. There are no proven effects in humans yet.

Rapamycin targets cell growth and multiplication, and has extended lifespan in mice, mainly because it prevented cancers that develop in old age.

While these drugs show some promise, they are far from ready for market.

Nature is incredible and some animals don’t seem to age! And so scientists are studying some of them to see what it is about them that allows them to live so long.

Some lobsters, tortoises, whales, clams and mussels can live 200-500 years! What has been noticed about them is that their DNA is very stable, so perhaps they don’t get the build up of mutations (cell changes and mistakes) that we do.

Some other animals are able to regenerate a new leg, or a new head or tail. Imagine if we could grow new organs or limbs like this?!

Until we can, it looks like we will have to make do with a healthy lifestyle to try to increase our lifespans. 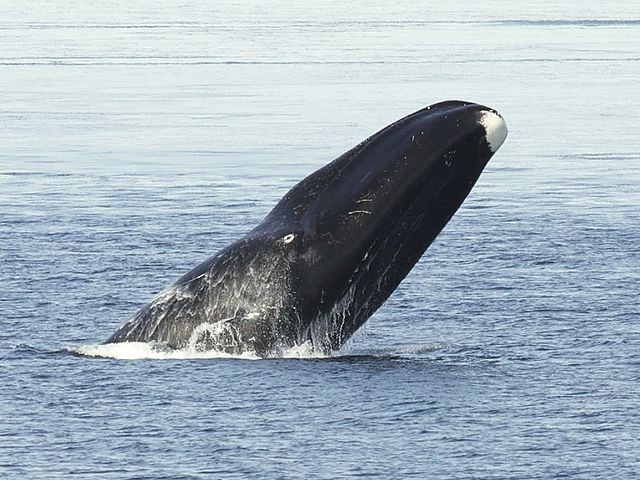 The challenges of our ageing population

This video by The Oxford Institute of Population Ageing takes a look at the wide-ranging effects of ageing on a growing world population and how our infrastructures and services are having to adapt.

Half-robot, half Human? Can technology help us live forever?

What does transhumanism mean and what are its implications? Philosopher Julian Baggini explains the overarching vision of transhumanism - where humans become part-machine... and are all the better for it. What do you think?

But who actually wants to live forever?

Dr George Leeson (Oxford Institute of Population Ageing) poses another big question: what do we want out of growing old? We may be living for longer but illness and loneliness remain concerns for the elderly, is there a way to find an effective compromise? 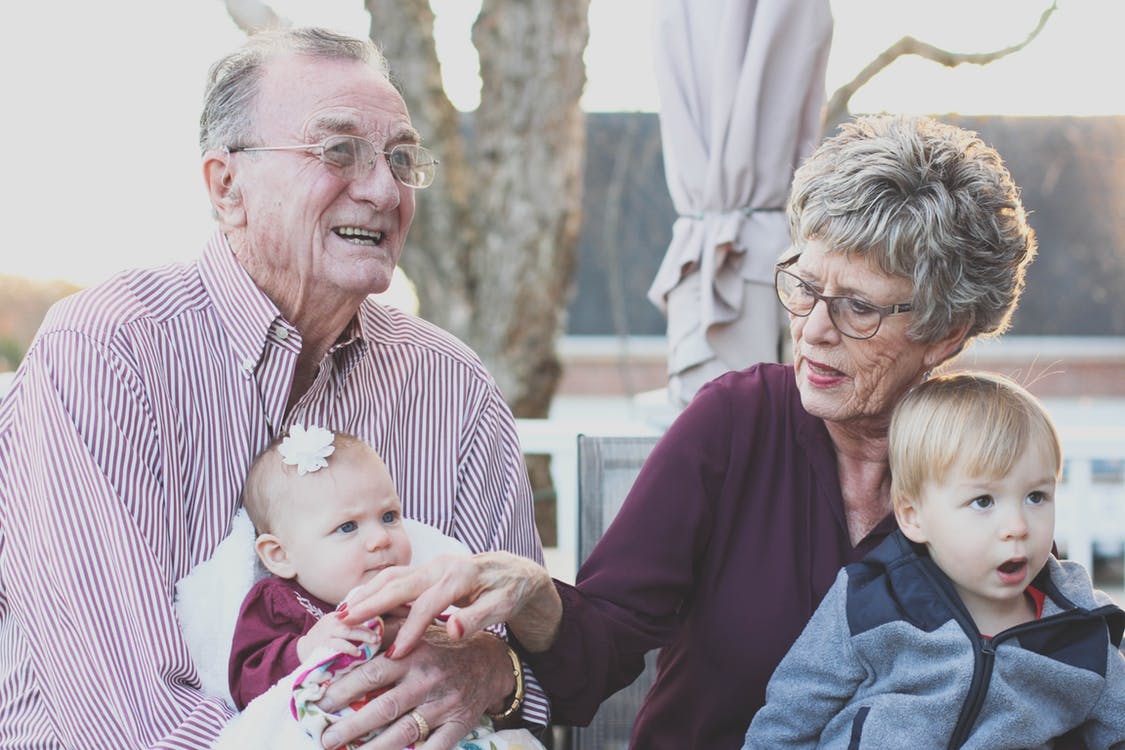 One of the greatest achievements of humankind has to be that as many people as possible are living as long as possible. But is this a good thing?

Around the world, new generations can expect to live longer than previous generations, and the rate of increase is surprisingly strong and constant.

Let's take the example of life expectancies at birth in England and Wales. This increased from 48 years for women and 44 years for men in 1900 to 71 years and 66 years respectively by 1965 and to 84 years and 80 years respectively in 2019 (source). Experts believe, however, that the Covid-19 pandemic may have led to these figures to drop by roughly a year (source).

Data from the Office for National Statistics in the UK reveal that by the turn of the next century, life expectancies at birth are predicted to be 93 years for men and 95.6 years for women in England and Wales.

It's not the same for everyone

The evidence for our increasingly long lives, however, is accompanied by less positive evidence of increasing inequalities.

If we look at life expectancies at any age, we find inequalities in death everywhere, between countries, between regions within countries and between different socio-economic groups within a region.

Another example relates to the COVID-19 pandemic. in the video below, Prof. Danny Dorling (University of Oxford) explains why there are higher mortality rates from the disease in poorer areas in the UK compared to more affluent ones:

And so, while many parts of the population continue to live longer, the infrastructures designed to support us as we age, (e.g. hospitals, workplace, housing, transport, social care) seem to be crumbling or, at best, struggling to keep up with our increasing years.

So how do we want to age?

Essentially, we need to ask ourselves: what do we want out of growing old?

Do we simply want to live as long as possible (quantity)? Or do we want to remain healthy, active and independent - dying not as old as science can achieve for us (quality)?

Death is being pushed back. So why then does the media seem to be full of depressing stories of loneliness and neglect of older people, when we should be celebrating the success of such long-lived lives?

Has the science that has successfully extended our lives also produced an old age of such length that effectively it has no purpose, no content?

To learn more about this topic, take a look at the interview with Dr Leeson below:

Would you want to live forever?