Are humans more important than plants?

​​​​​​Isn’t a human life worth more than a plant’s? Humans need plants to survive though. And we’re destroying the earth by not caring for plants. But isn’t climate change just a myth? Hmm… this isn’t so obvious after all...

Would you save a dying plant before a dying human?

Do people matter more than plants and trees? We can’t live without them so is it time to show them more respect?

Paramedics attending the scene of a car that’s crashed into a tree will automatically focus their efforts on saving the people in the car. They won’t check the tree for signs of life and try to bring it back the way they will a human. We assume people matter more than trees. But maybe we need to think about why. After all, we couldn’t survive without trees while they’d do just fine without us… they wouldn’t have cars crashing into them for a start!

Dr. Joshua Shepherd (Philosophy Department at the University of Oxford) points out that some rare plants have needed humans to cultivate (look after) them so they would not have existed without human intervention. “But generally speaking if we all died, plants would continue to live.” This maybe makes us think just a little differently about that tree destroyed by the human driving a car.

We don’t have to think too hard to try to imagine the Earth without humans. The short animation below explores the possible short-term and long-term effects:

Plants and vegetation would grow back and after a while, without humans to prune them back, would entirely cover all those man-made city skylines that we have come to recognise.

So what makes us think we're more important than plants?

“In philosophy, there’s the technical term ‘moral status’ which means you have a reason for treating something a certain way,” says Dr Shepherd. So if a living being can feel pain or joy it’s deemed to have value and should be treated with respect.

Humans are thought to have the highest level of moral status but some environmental activists disagree. “Some plants have a high status, for example, the rainforest or plants from which we get food. And many medicines come from plants. But do you keep plants alive just for human survival rather than in their own right? It depends on your value system,” he says.

Trees are alive, an ecosystem in their own right and an important part of our environment. But, conflicts between trees and people often happen. This can be due to a tree’s natural growth endangering human life, such as an overgrown branch hanging over a pavement or playground. And conflict can result from human activities impacting on trees - such as that car crash we mentioned at the beginning.

But trees, like humans, also have medics to look after them. It’s a tree surgeon’s job to maintain the health and welfare of trees. So humans help trees - the development of tree surgery indicates some people care about them a great deal. Many keen gardeners will tell you talking to their plants helps them grow. And even if it doesn’t, people enjoy growing them and having them in their homes and gardens. We get enormous pleasure from plant life.

People are thought to be a higher evolved form of life than plants because we can experience and give great joy. We’re presumed to have a high degree of intelligence and sophistication and to make rational choices. Yet, some argue that humans aren’t always rational and can cause great suffering as well as joy. Whereas plants never set out to deliberately harm us - except in sci-fi novels such as ‘The Day Of the Triffids’ (by John Wyndham) when plants take over and kill people! Maybe the reason why this story is so popular is that it touches upon a deep fear that plants might one day fight back?

“We assume humans are vastly more important than plants but when you start to think of why that is, you can get to some interesting places,” adds Dr Shepherd. “For some people, all life matters. That would be the argument from environmental philosophers. Some argue you shouldn’t mess with nature unless you have a very good reason, e.g. human life is at risk”.

So why should we take care of plants?

“Some plants may be very rare or particularly beautiful. So it could be argued we have a duty to preserve them. They also give people enjoyment in national parks. Activists are highly motivated to protect the rainforest for this reason.”

In the video below Professor Katherine Willis (The Oxford Martin School) explains more about why the different plants and natural landscapes are so important to us and all life on Earth.

But it's not that simple...

People who live in or near the rainforest may argue they need to chop some of it down to build homes, create jobs and earn a living to provide for their families. Do people in the developed world have the right to demand that people in the developing world don’t build over their natural environments?

“Some land is considered sacred by native Americans or Australians. It isn’t possible to preserve everything but respecting the wishes of people whose ancestors once occupied a land is something we ought to think about,” says Dr Shepherd.

There’s a similar argument about destroying areas of natural beauty or of special scientific significance to build a new road, train line or runway. Those in favour tend to argue such developments benefit everyone as they bring jobs and money to the area. And maybe make it easier to get to work or fly abroad on holiday. But unless local people feel a direct benefit, the loss of a much-loved beauty spot can be devastating. 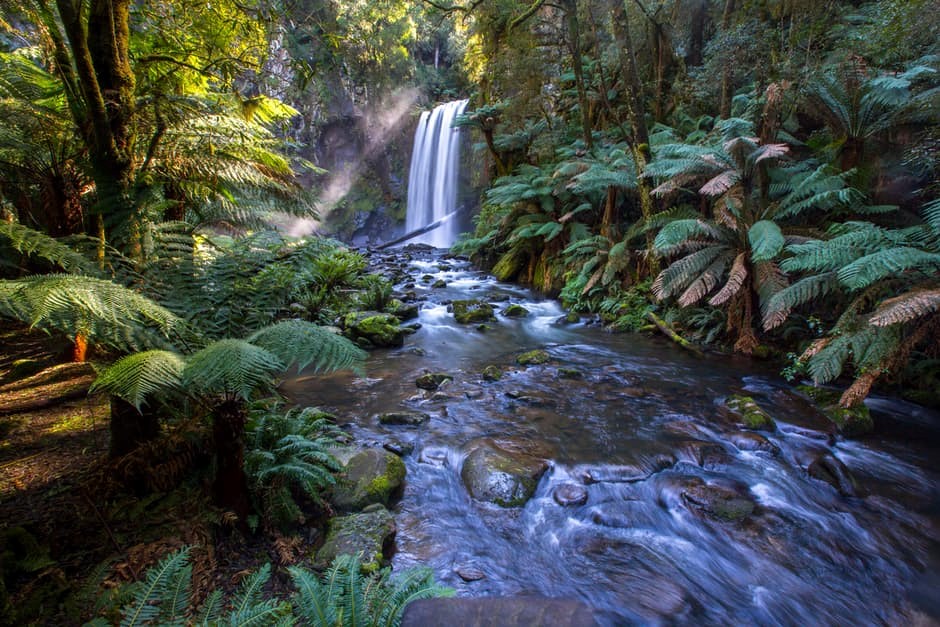 “There is some evidence of plants demonstrating long term memory and learning. For example in an experiment people dropped plants to see how they reacted. It was seen that this damaged parts of their internal system. They then withdrew their leaves in reaction. But over time they were seen to adapt and grow back again. Also, roots of trees and plants will search out and find water needed for nourishment but that doesn’t mean they function the way humans do. Plants have internal functioning mechanisms but this is nothing like a human or animal brain,” says Dr Shepherd.

Some people argue that just because a living organism doesn’t function the same way we do is no excuse for not respecting its right to life. There needs to be a balance between competing needs.

Diverse plant life is vital for our existence. It provides everything we need for life on earth. However, there are enormous pressures on our ecosystem from global warming and land-use change (such as mining for coal and precious materials, drilling for gas or oil (‘fracking'), and building new homes). And we should perhaps value plants and trees for their own right to life. “It’s all about managing conflict when different values and needs are in tension,” concludes Dr Shepherd.

Can you think of ways to treat plants fairly while thinking of human needs too? It’s a tricky one…

6 plants that have helped us treat diseases

But do we think plants are important enough to actually change some of our habits?

But do we think plants are important enough to actually change some of our habits?

6 ways we could change our lifestyles to help the environment

Thinking we’re more important than plants and not treating them well has led to global warming… or has it?

Thinking we’re more important than plants and not treating them well has led to global warming… or has it?

7 scientists that say we’re not responsible for global warming

About 97% of climate scientists agree that global warming is real and that we (humans) are mostly to blame. But who doesn’t agree? There are several researchers out there who challenge the theory– but not many of them are technically experts in climate science. Here, we take a look at seven climate sceptics…

This short animation explores the development of cities across 10,000 years. Vance Kite (North Carolina State University) looks at how our cities came about in the past and predicts how we can expect future cities to adapt to our growing populations.

Are humans more important than plants?

Are humans more | important than plants?