Dr Chris Newman, Dr Mike Noonan and Dr Christina Buesching from Oxford's Wildlife Conservation Research Unit (WildCRU) discuss their latest research into the ecology of climate change. That is, how changing weather conditions affect the abundance and distribution of animal and plant species.

How many people cycle to work in Oxford? Census the number of people cycling in on a sunny summer day and you will surely get a higher estimate than if you count cyclists on a rainy winter day.

This type of sampling bias is extremely pertinent to climate change ecology, because population estimates are based on the number of individuals that are observed, trapped, photographed or otherwise sampled. Nevertheless, studies rarely account for imperfect detection and have tended to assume that population trends are purely a reflection of actual climatic effects, disregarding how weather alters animals' behavioural responses.

In a recent paper published in the journal Global Change Biology, we tested the extent to which prevailing weather might skew the numbers of badgers trapped in a well-studied population at Wytham Woods – Oxford University’s research woodland.

Following 1,179 individual badgers through 3,288 capture-recapture events over 19 years, we found that temperature and rainfall had a substantial effect on badger 'trappability'. Crucially, weather conditions did not act in isolation, but interacted with how fat badgers were. This curious discovery exposes an important and often underappreciated factor: motivation.

Returning to our cycling analogy, if your job and livelihood depend on your cycling to work, the chances are you will readily – though perhaps begrudgingly – cycle in rain, hail, or snow. If you can easily work from home, however, or take a vacation day, the weather will have little effect on your behaviour. 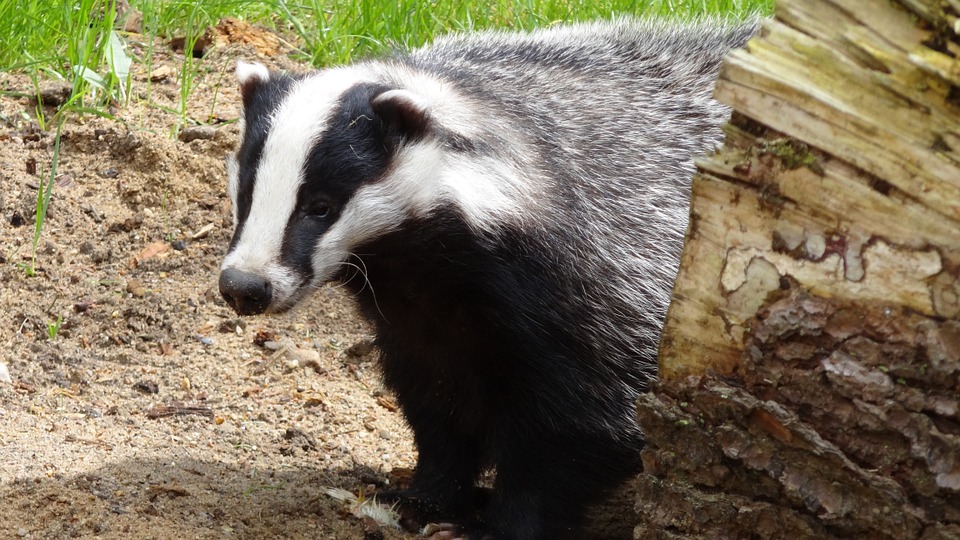 While all badgers were less inclined to surface in wet, miserable conditions, fatter badgers had the luxury to be more choosy about when to emerge, living off stored fat reserves until better conditions presented themselves. Thin and more desperate badgers on the other hand, got caught even when poor weather prevailed.

From an ecological perspective, if not accounted for, this skewed sub-sample would also give the impression that badgers are thinner with prevailing wet weather. In reality, quite the opposite is true: because badgers eat earthworms that surface in cool, wet conditions, they tend to be fatter following periods of wetness. This leads to a reinforcing loop, where fatter badgers are harder to catch. Consequently, when the population was generally in good condition, fewer badgers were caught, and vice versa.

More problematic still is that the difference of around 10% in trappability we recorded between best and worst weather scenarios is amplified further by capture-mark-recapture statistical models used to estimate actual population size from patchy individual trap histories. If worst-case-scenario weather is perpetuated over several consecutive seasonal trap-ups, it could cause up to a 55% population underestimate, whereas sustained best-case weather could lead to a 39% overestimate.

Now, there are direct practical implications to these findings. Badgers are culled in the UK in an attempt to alleviate the spread of bovine tuberculosis (bTB) in cattle. But failures by DEFRA to meet cull targets, and thus to achieve a worthwhile level of decrease in badger populations, have attracted criticism. In 2014, only 341 of the targeted 316-435 badgers were culled in Somerset, and only 174 of the targeted 615-1091 in Gloucestershire.

Extrapolating from our findings, it was immediately apparent that relatively cold, wet conditions during that autumn had done DEFRA's cull no favours. If warmer and drier conditions had occurred, the Somerset cull would likely have got close to its upper quota target – but in Gloucestershire, although trapping success would have been better, it would still have been fallen short of minimum quota targets.

Two crucial points emerge from our work. First, in terms of climate change logic, because there has been a steady trend for global warming over the last century, everything else developing over this period correlates with global warming – that is, correlation does not imply causality. This has been neatly satirised by Bobby Henderson's internet spoof, which shows a statistically significant relationship between increasing temperatures and the shrinking numbers of pirates since the 1800s. Studies on climate change must therefore focus on the precise mechanisms involved, avoiding spurious correlations.

Second, because an animal will initially attempt to respond to inclement weather by modifying its behaviour, population-level effects on reproduction and survival will only become apparent when conditions become too extreme for individuals to adapt to – where only long-term studies can elucidate genuine population trends from variation due to unanticipated correlations.

In short, the risks posed by climate change to species and ecosystems, as well as to human enterprises, are too serious for us to get things wrong. As the bTB example shows, management interventions or conservation strategies, implemented under unsuitable weather conditions, will fall short of targets. If the predictions made by scientists are based on faulty data, policies based on these data are destined to fail, adding to the malaise of misguided opinion surrounding global warming.

The original article can be found on the University of Oxford's science blog.